The half term holiday is almost upon, and we are now all looking forward to a well earned break after a busy few weeks.

Squirrel Class children have been enjoying their history lessons, learning about the Great Fire of London. Last week, they all brought in cereal boxes, which they transformed into medieval half-timbered style houses to recreate Pudding Lane in 1666. This week, the children gathered on the field, to watch their cardboard houses burst in flames as the Great Fire was re-enacted... 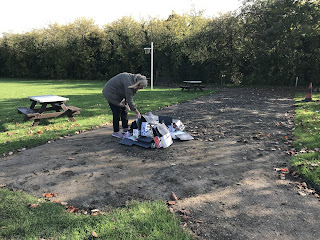 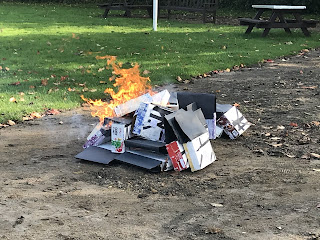 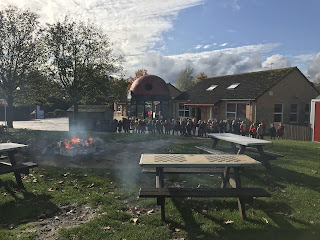 Foxes and Deer Classes had to fit in a lot of work into a short week, as they spent Thursday at Hazard Alley Safety Centre in Milton Keynes. The children all had a fantastic day, which was both fun and eye-opening, as they saw and learnt about lots of different hazards that are all around us.  The children learnt how to call for emergency services from a phone box, how to identify unsafe situations around the house and when out playing, and also how to place someone in the recovery position if they are unconscious. 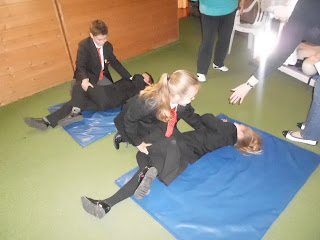 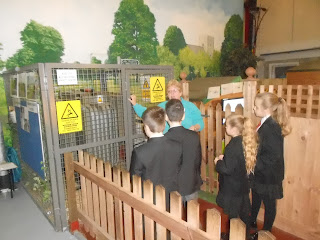 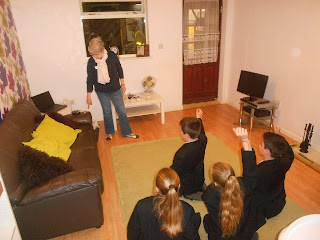 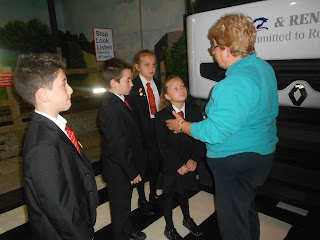 Thursday afternoon was exciting for the younger children, as the PTA organised a fancy dress disco after school. There were some marvellous costumes, including plenty with a Hallowe'en theme, music, dancing, drinks and snacks, and lots of noise as the children enjoyed themselves with their friends. Thank you to the PTA and other volunteers that gave up their time to help out - we hope your eardrums have recovered! 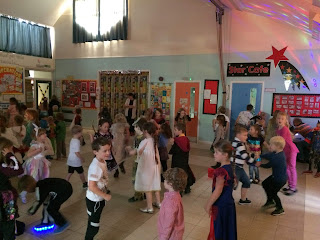 Friday was an enjoyable day for all. As it was the last day before half-term holidays everyone was allowed to wear their normal clothes instead of school uniforms. This was to raise money to go towards future school trips, as the children were all asked to bring in a gold coin donation. As a school, we raised £129.

Deer Class practised another dessert for their Italian restaurant, making vanilla ice cream from scratch. They learnt some quite advanced cookery skills, including how to split a vanilla pod, and how to separate eggs. Very impressive! The children are really looking forward to the opening of Mount Foodius in a little over a month's time. 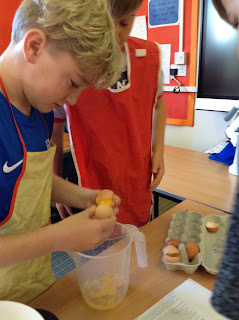 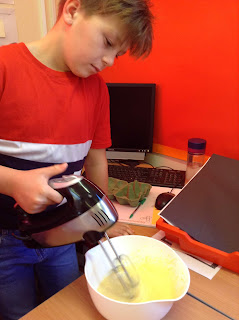 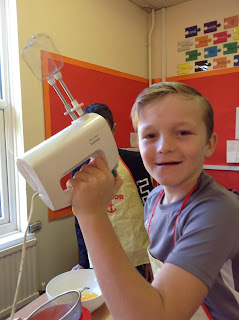 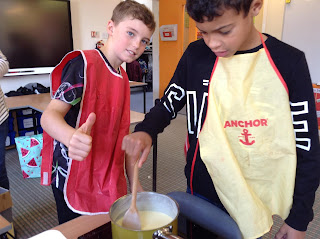 Meanwhile, Mr Bannister taught Foxes Class children a traditional playground game to finish the week - conkers! The children made holes in their conkers, threaded string through them, and had a knock-out tournament to the last conker.  Chloe and Annalise were lucky enough to get through to the final, with Chloe ultimately winning the title of Conker Champion. All of Year Five had a lot of fun, and the children are definitely going play more conkers over the holidays. 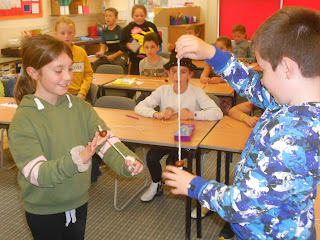 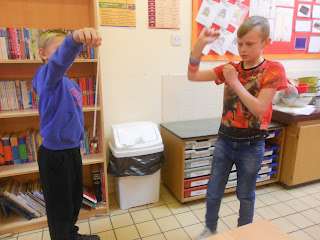 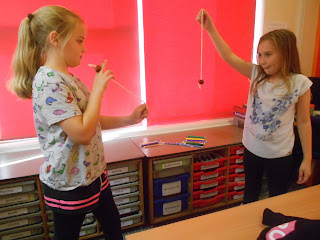