This week, we can truthfully say that Eaton Bray Academy is "really cooking" following the delivery of ten induction hobs that can be used in the classroom.  It was very exciting surprise for our Year 6 children when the huge parcel arrived and was opened on Monday.  Ever adventurous, they chose to make Moules Marinieres for their first cooking challenge, and tuna steaks for Salad Nicoise for their second!  This is all practice for "Brasserie Bray", the French style restaurant that they will be opening at the end of term.  Much has been learnt already in cookery lessons this week - not least that frying tuna steaks directly underneath the smoke alarms is not a great idea...! 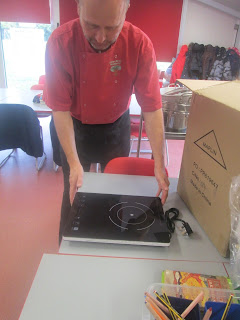 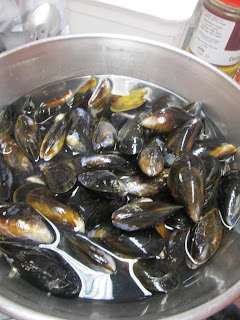 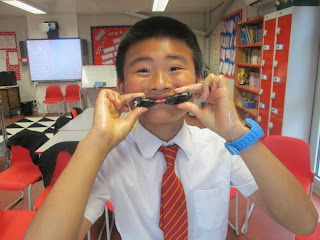 In assembly on Tuesday, certificates were given out to children that had taken part in last week's Sports Day.  Older children joined younger children in P.E. lessons this week, taking part in netball and various activities on the field and playground. 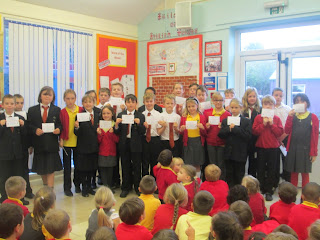 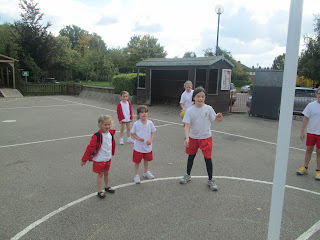 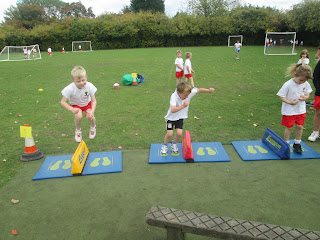 The focus has been on Maths for our younger children.  Otters have been learning about the properties of shapes, sorting them into different categories, while Hedgehogs have been finding out about sequences and patterns, by making fruit kebabs, and arranging the different coloured fruits on the kebab stick!  They have also had fun chopping vegetables to make soup. 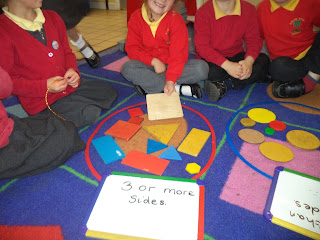 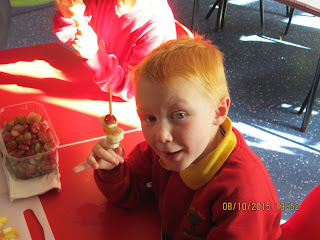 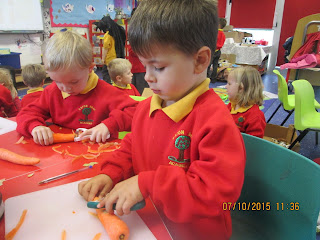 Squirrels Class have done some lovely work on the artist L.S. Lowry.  They have recreated some of his work, which is on display in their classroom.  They have also made a very seasonal "Harvest" collage, and written poems about harvest time. 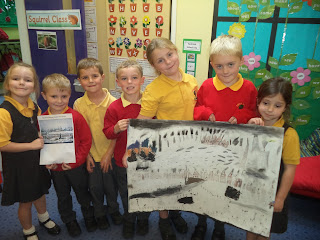 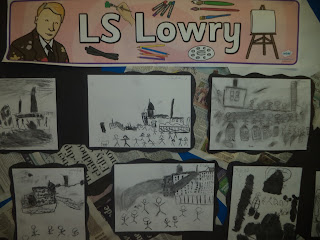 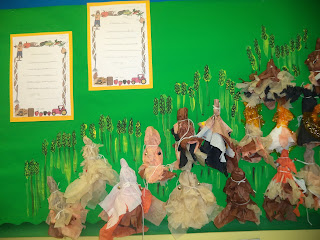 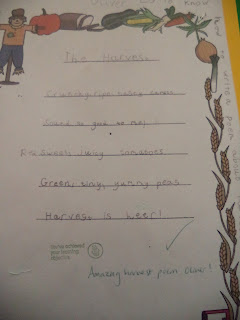 There has also been some wonderful work done in Choices over the last few weeks, with some marvellous autumnal art being produced.  So many different ways to interpret a leaf! 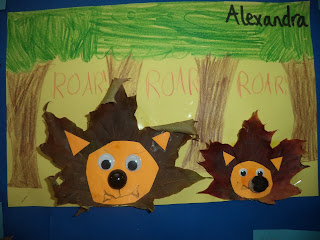 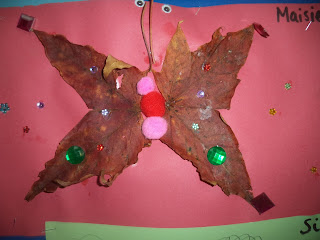 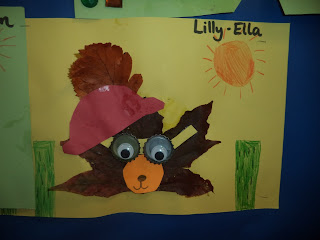 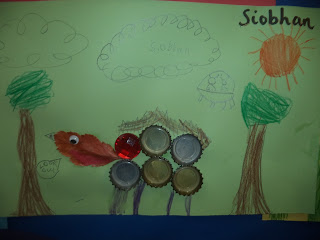 Meanwhile in Science, children have been growing microbes, using agar in petri dishes.  They investigated the bacteria on their own hands, and also swabbed some items in and around the school - with very interesting results.  The pictures below show the normal bacteria on a child's hand, and on a computer keyboard, which is not visible to the human eye.  Needless to say, the children were impressed, and have come away with a new understanding of how important it is to wash their hands before eating!  Our thanks to Mrs Johnson from "Sam's Simple Science" for running this activity. 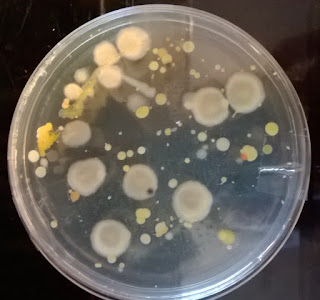 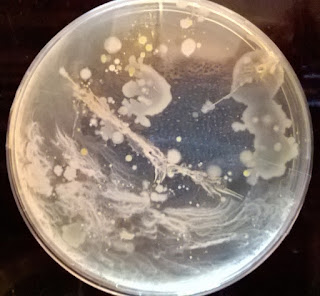 Don't forget - it's the Home School Association AGM on Tuesday evening at 7.30pm.  It would be lovely to see lots of parents there, eager to find out how they can help with the valuable work that this group of parent volunteers do for us throughout the School year.