What beautiful warm weather we enjoyed for the first half of this week.  It really felt as though spring had sprung, or even that summer had been summoned early!  We really can't remember another occasion when playtime has been on the field as early as February.

Rabbits Class took advantage of the weather and decided to solve a science question which they wanted to find the answer to..."'do shadows change throughout the day?"  So on Tuesday they went outside and measured the shadow of a bottle which was half filled with sand.  They did this for hourly intervals throughout the day, drawing around the shadow of the bottle and measuring it.  On Wednesday they talked about their findings, drew a table and graph and discussed the patterns of the results. 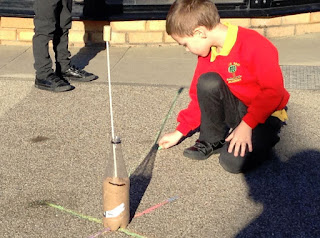 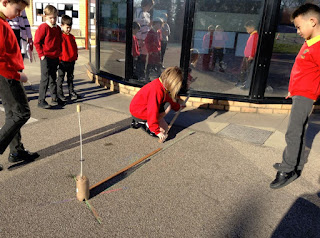 The sunny weather was also perfect for Squirrels Class' annual visit from Dunstable Fire Service on Tuesday.  The firefighters spoke to the children about fire safety, and showed them some of their protective clothing and equipment, then took them outside to have a look around the fire engine.  Each child had the chance to hold the fire hose and spray a jet of water high into the air - great fun for all! 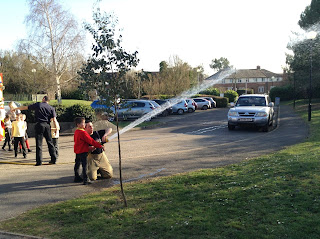 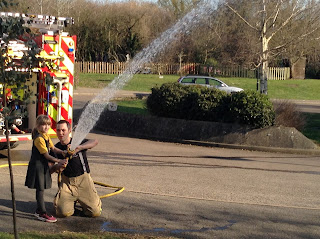 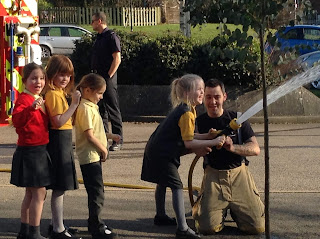 There was more excitement for Squirrels Class on Wednesday, when they enjoyed a wonderful day out at Tring Natural History Museum.  The visit tied in with their Science topic for this term which is "Animal Habitats", and they learnt all about animals from the Arctic and Antarctic regions.  Please enjoy a lovely account of the day written by one of the children:

"On Wednesday 27th February, my class, Squirrels Class went on a class trip.  We went to Tring Natural History Museum to learn more about Arctic and Antarctic animals and to learn their habitats.

The Cool Quick Coach Journey
First we got on the coach and left the school at 9.15.  The coach driver's name was Daniel.  The coach was really cool it had tables and there was heating, a sink, and a speaker.  It took 20 minutes to get to Tring Natural History Museum.

The Arctic and Antarctic Animal Workshop
First we walked by a giant polar bear. Then a man called Paul led us into a room that was our workshop.  Then Paul showed us a polar bear's skull. Then he asked us where polar bears lived. Then Paul talked about the differences between the Antarctic and the Arctic. Then he split us into three groups to have a look and answer some questions about Antarctic and Arctic animals things. Then we told Paul our answers.

Lunch
Because it was nice and sunny we had our lunch outside.

Drawings
After lunch we had a look at some animals and tried to draw them.

Looking Around the Museum
When I was looking around the museum I saw a komodo dragon, a giant moa, a python and a badger.

My favourite part was the workshop because I liked looking at  different animal things." 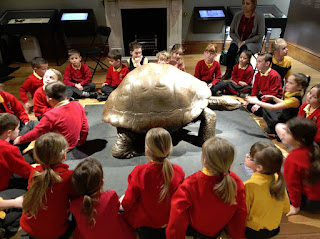 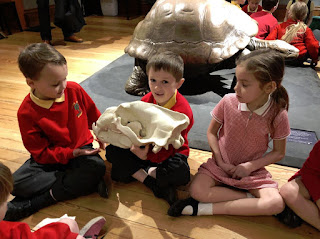 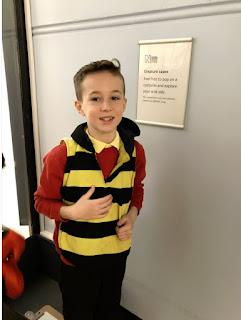 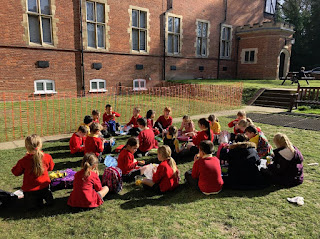 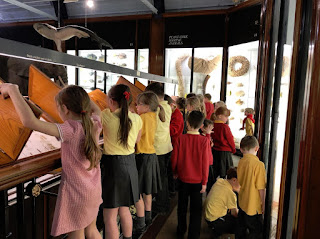 Following on from International Week last week, on Thursday, Mr Matthews came in to give an assembly about his recent travels in India.  He presented a slide show of some of his many photos and spoke to the children about all he had seen and experienced. 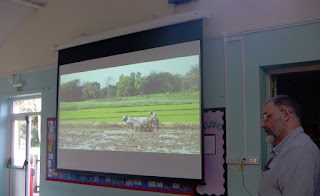 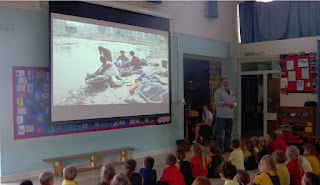 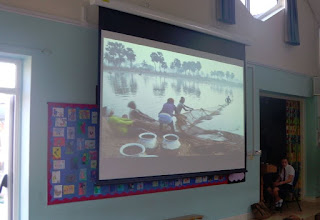 On Friday afternoon the children enjoyed their Choices and Enrichment sessions.  One of the groups has been working hard on a fantastic project since the beginning of term - making bird boxes.  And this week four boxes are just about finished, with three more on the way!  One they have all been painted and varnished, they will be placed in the Forest area, and we hope will become homes for our feathered friends.  We are looking forward to some bird watching as the spring progresses! 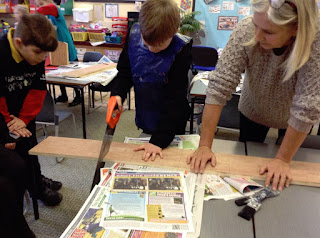 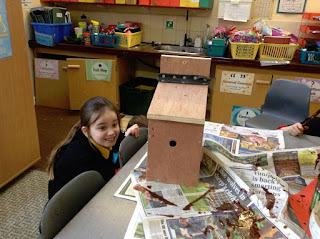 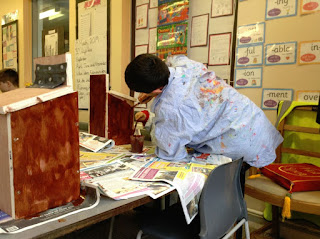