What a lovely week we have had at Eaton Bray Academy!

On Monday, during assembly, our new Year Five and Six Pupil Librarians were awarded their special badges from one of our Governors.  The children had to apply for this role, and were formally interviewed by school staff, before being offered the job.  Congratulations to all the successful candidates, and we hope you enjoy carrying out your responsibilities helping to run the library. 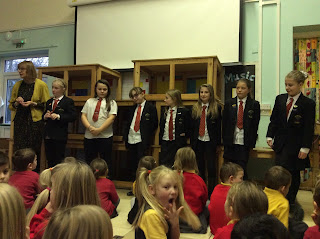 Also on Monday, after school, some of our Year Four children took part in a floodlit Tag Rugby Tournament at All Saints Academy.  Our children gave a wonderful performance against five other schools from the area - they looked committed right from the start and controlled every game, tagging well and showing off the skills they had practiced in PE lessons this term.  There were many tries scored over the five matches played, with the children showing great running, passing and dodging skills, as well as teamwork and support.

Well done to all who represented EBA so well... and ended up winners of the tournament! 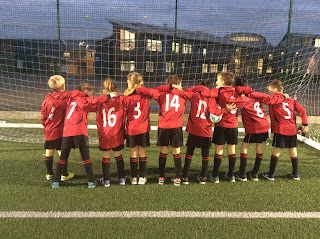 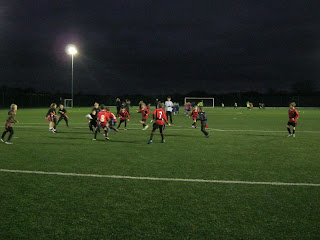 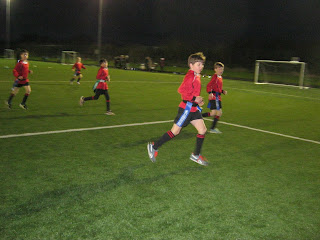 On Wednesday afternoon, the whole school, including some children from Hamsters Class walked down to St Mary's Church in Eaton Bray, to take part in our annual Christingle Service.  The children had made their Christingles in class in the morning, and had learnt about what the various elements of the Christingle represent.

The vicar spoke to the children about the meaning of Christmas, and everyone joined in with singing "Away in a Manger" while the Christingles were lit.  As usual, the church looked rather magical by flickering candlelight, and the children's faces were full of wonder as they carefully held their lit Christingles. 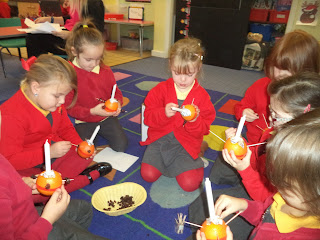 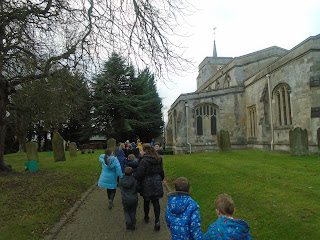 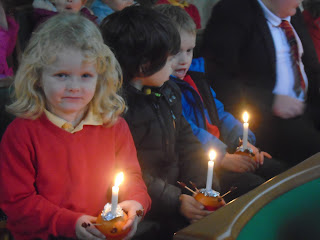 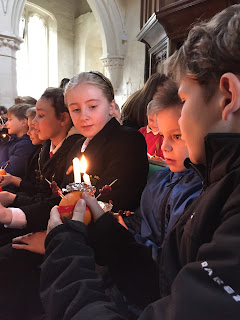 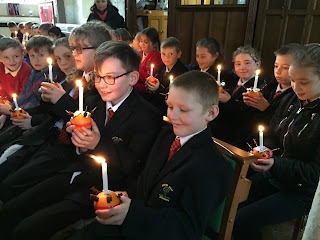 As part of the Christingle celebration, all the children had taken home a cardboard collection candle, which could be filled with loose change to be donated to the Children's Society.  Amazingly, all the pennies and two pence pieces collected mounted up to a fantastic £275 for the charity!  This sum will contribute towards their work, making a difference to the lives of vulnerable children in the UK.

Rehearsals have been taking place all week for the younger children's Christmas Production, "Lights, Camel, Action!", a nativity with a Strictly Come Dancing theme!  Everyone now has their costume sorted out and has learnt their dance moves... it is sure to be a wonderfully entertaining show, with two exclusive performances next week for parents to look forward to!

Thursday was a very exciting day for our Year Six children, as it was the long awaited day that their Best of British restaurant "Bray's Graze" would be opening its doors.

The children spent much of the day preparing food, with plenty of chopping, peeling, whisking, mixing, simmering and tasting going on in the school kitchen.  The school hall was transformed into a sophisticated dining room, with soft lighting, beautiful table decor and festive background music, and by 6.30pm, the children were ready to receive their first guests. 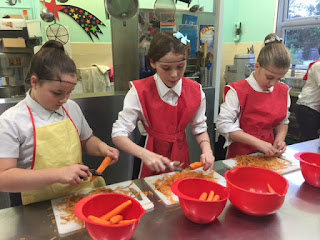 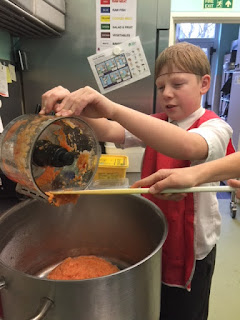 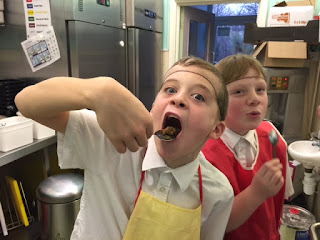 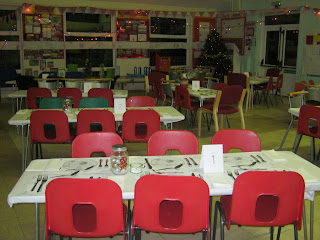 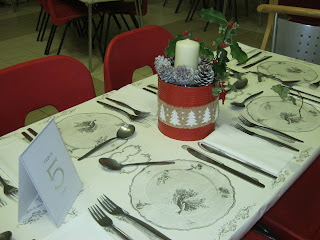 Diners were greeted at the door by smartly dressed maitre d's, who showed their guests to a reception room where drinks and nibbles were on offer.  When their tables were ready, the waiters took over, politely taking orders, and bringing the food out with a smile. 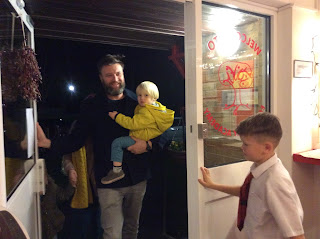 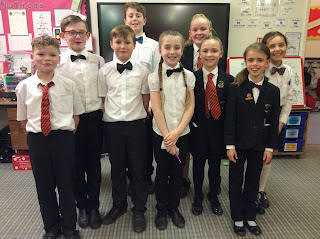 There was musical entertainment courtesy of our Deputy Head Boy, Alex, who gave a fabulous rendition of "Jingle Bells" on the cornet, and a real party atmosphere reigned in the hall, as the diners (parents, staff, school governors and friends) tucked into British classics dishes such as shepherds pie and toad in the hole. 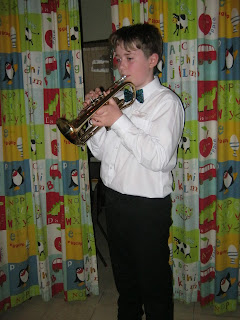 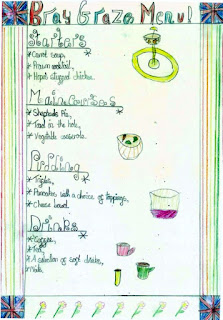 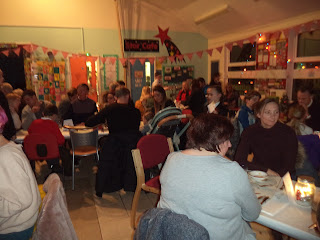 Behind the scenes, the children working in the kitchen were very busy preparing the food, juggling pots and pans with one hand while stirring sauces with the other, to make sure everything was ready on time and in the right quantities - they really did an excellent job! 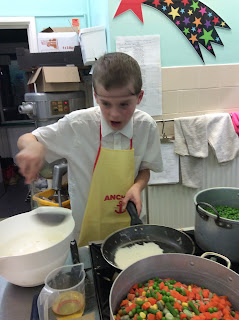 It was a lovely evening for all involved, and the children are feeling rightly proud of their achievement in getting their restaurant up and running.  Thanks are due to all who helped, and all who came along to support the event.

If you were one of the Bray's Graze customers, we would love to hear your feedback, and there is a "Trip Advisor" style feedback form on the school website that we encourage you to complete.  Please click here to access this.  Thank you!