Monday saw the grand final of the EBA Bake Off.  The seven class winners got busy baking over the weekend and brought in their fantastic showstoppers on Monday morning for the lucky judges to taste and admire.  Well done to all the finalists: Tilly, Phoebe, Teagan, Diaan, Brooke, Edith and Evalyn; but special congratulations to Teagan, who was crowned 2019 EBA Bake Off winner for her fabulous Ladybird cake, which tasted just as good as it looked! 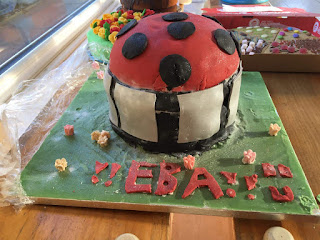 On Monday afternoon, it was the turn of the Year Five team to take part in a Tag Rugby tournament at Dunstable Rugby Club.  Our Year Five boys and girls put in a great performance, winning all of the three games played.  All the skills the children had practiced were clear to see - great running and footwork, passing, keeping onside, supporting and tagging.  The children played with the usual teamwork, great spirit and enthusiasm.

No placings were given for this tournament or last week's, but the certificates for excellence were certainly well earned. 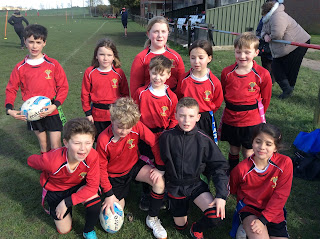 Rabbits Class began their music sessions with Coco the singing teacher from Inspiring Music on Wednesday - Coco has been working with Hedgehogs and Otters classes over the last few weeks.  The children sang lots of different songs, changing their pitch, and Coco also demonstrated some musical instruments.  It was great fun and Rabbits are looking forward to the session next week. 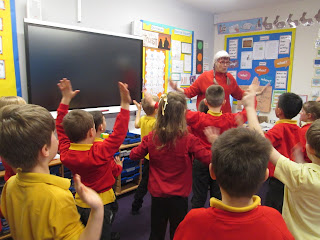 On Wednesday, Otters Class were once again visited by Explore Learning, who came in to deliver two workshops, which the children thoroughly enjoyed. In "Musical Adventures", the children listened to different types of music and were encouraged to write about and draw whatever the music inspired in them, and in "Fruit Shop" the children used fruit to explore some Maths problems.  Thank you to the team at Explore Learning for offering these free workshops to schools. 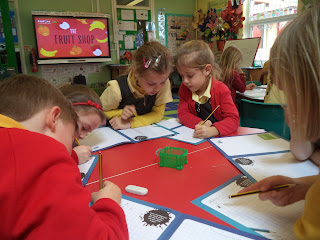 On Thursday morning it was Squirrels Class assembly.  Parents were invited in to hear the children speak about all that they have been learning about this term, which has been based around the theme "My Wonderful World".  This has included finding out about local history, and the children talked about the straw plaiting and hat making industries.  They also reported on their trip to Tring Museum, demonstrated their work on 3D shapes and on algorithms, and finished off with a lovely dance routine!  Every child in the class had a part to play, and all spoke up beautifully in front of their audience. 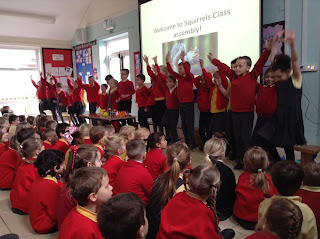 Thursday is EBA Enterprise day for Foxes Class, and their current project is pastry making.  Last week they made jam tarts using shortcrust pastry, and very tasty they were too!  This week, it was choux pastry, and their challenge was to make profiteroles.  Their first attempt was not a great success, though a new dish was created and nicknamed the "proflaterole"(!) but with a bit of tweaking to the recipe, the next batch was just perfect! 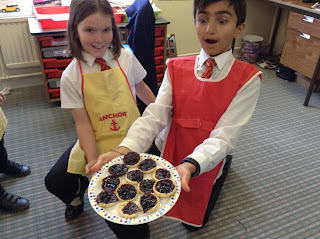 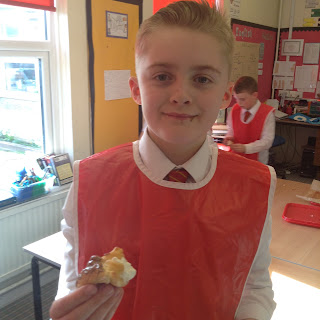 On Friday morning, a group of eight very excited Year Six children arrived very early at school, ready to board a coach en route to France!  The children, plus Mrs Gray, Mrs Barker and Mrs Young, will be staying at the Chateau de Chatereine in Normandy, and are looking forward to a packed weekend of sight-seeing, activities and French speaking, returning on Monday evening.  We hope they all have a fabulous time, and look forward to hearing all about their adventures next week! 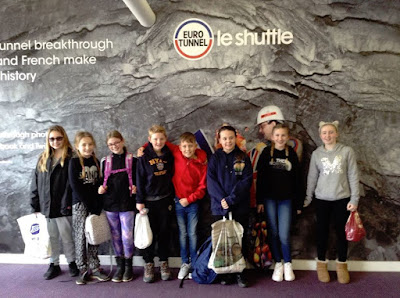