On Monday, the whole school enjoyed a special Christmas treat - a trip to Leighton Buzzard Theatre to watch a performance of "The Night Before Christmas".  This was a lovely show, which followed the antics of the Secret Society of Santa Hunters (SSSH!) who meet every Christmas Eve to seek out Father Christmas. Set in 1969 amidst the excitement of the moon landings, the performance featured scientific experiments, songs and puppets, and the children (and adults) all enjoyed it very much. 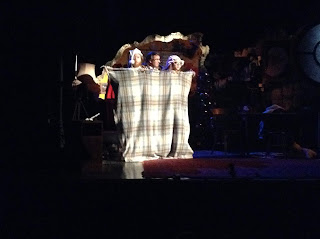 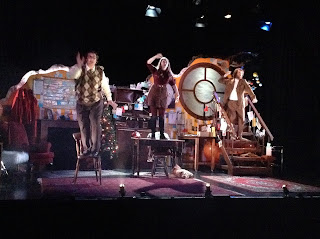 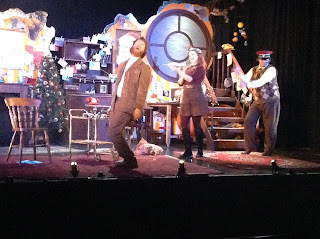 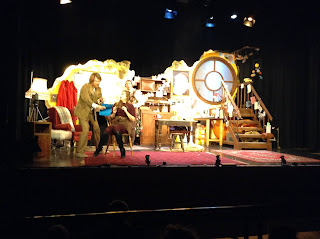 Later in the week, it was the children's turn to perform!

On Tuesday afternoon, the Key Stage Two Carol Service took place at St Mary's Church. Everyone walked down to the church (in the rain) where they were joined by parents, who were treated to an afternoon of beautiful singing and readings, as well as musical performances from our talented young violinists and pianists. 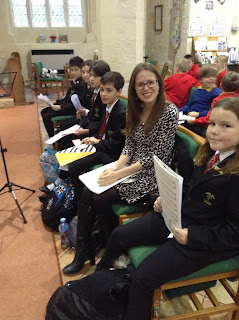 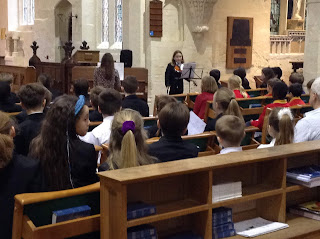 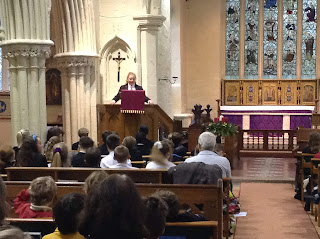 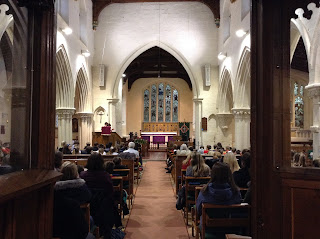 On Wednesday, Hamsters celebrated Christmas with a "Stay and Play Day", where parents joined their children in the classroom and took part in the morning's activities. There was also a visit from a well-known bearded man in a red coat... What a fun morning! 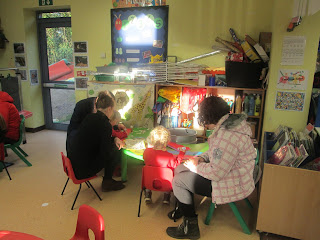 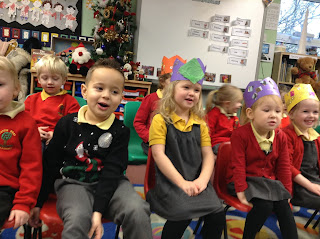 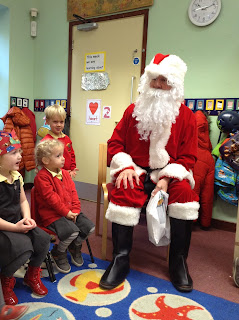 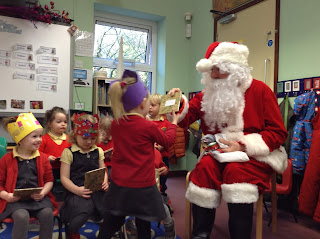 On Thursday and Friday, Rabbits, Squirrels, Otters and Hedgehogs Classes performed their Christmas play, "The Landlord's Cat" to appreciative audiences.  There were two performances which were delivered with gusto by the cast despite the fact absence due to illness in most classes had disrupted some of the rehearsals.

The main characters were played by the children in Squirrels - these were: the Landlord, the Landlord's Cat,  Mary and Joseph, the Wise Men, the Angel, the Stars, the Townspeople and the Smallest Sheep.  Otters played the parts of the Shepherds, Sheep, Donkeys and Camels.  Hedgehogs were the Townspeople and Rabbits narrated the story. 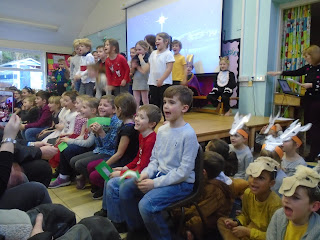 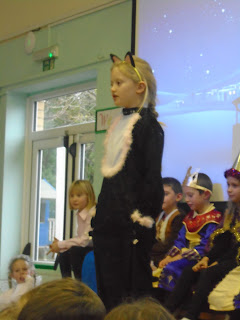 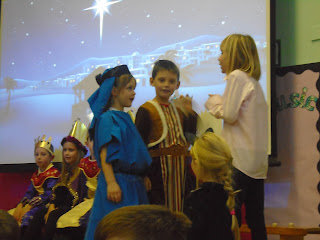 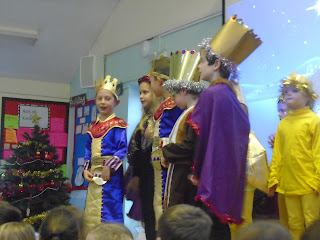 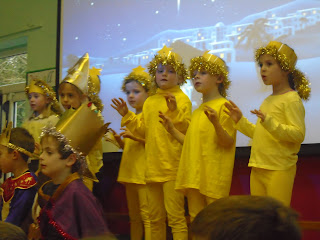 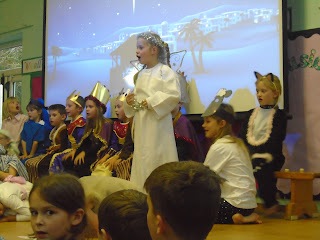 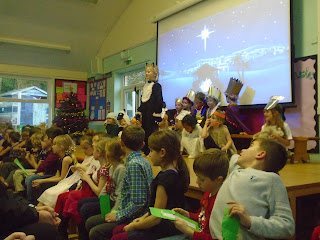 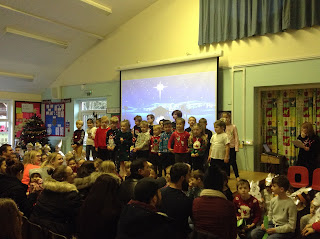 We ended the week with Christmas Jumper Day on Friday, which was an opportunity to have some fun, and raise some money for Save the Children, helping to improve the lives of children around the world.

Friday afternoon assembly was an awards assembly, recognising the achievements of our pupils. This term, several children have been working incredibly hard at their times tables, inspired by the TT Rock Stars programme, which encourages them to practice their times tables every day. They were all rewarded for their efforts with a certificate and special badge. Well done Rock Heroes! 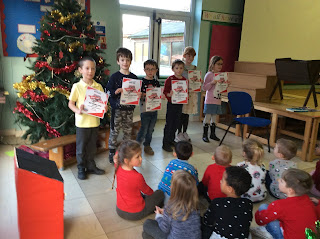 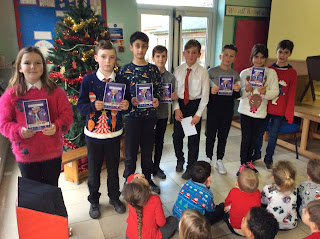 
Merry Christmas from everyone at Eaton Bray Academy! 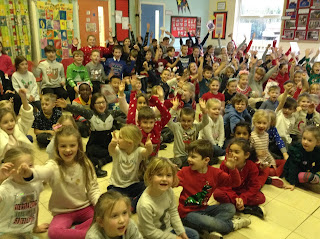