This week, we took delivery of some shiny new PE equipment, including some personalised rugby balls!  Otters Class were the lucky children who got to use them first. 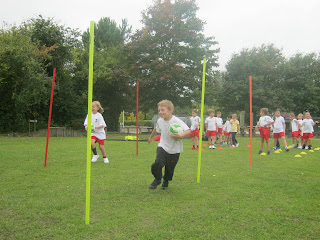 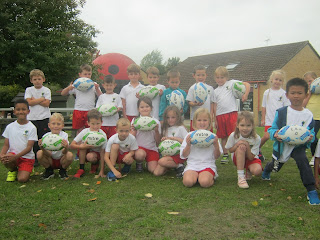 Our youngest children in Hamsters Class have been enjoying some lovely autumn sunshine this week.  They had fun collecting leaves, pinecones and other treasures around the school grounds.  Hedgehogs also went on a nature hunt and enjoyed looking for objects of different colours. 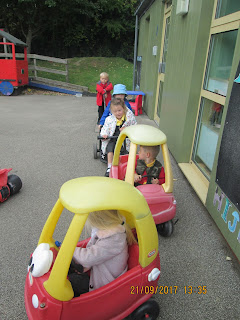 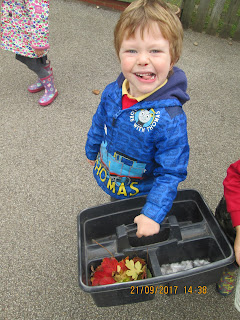 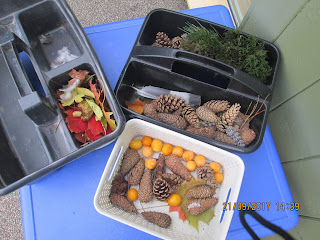 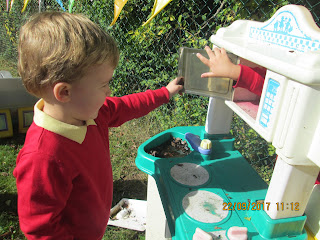 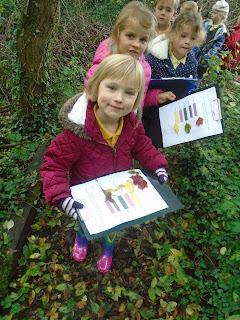 Practical maths has been in evidence throughout the school this week, with Otters Class exploring different shapes.  The children investigated how many small shapes it took to cover large circles, and discovered that it was easier to work with squares and triangles as they tessellated. 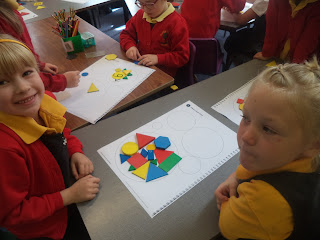 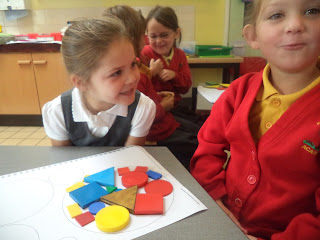 Badgers Class have been finding out about the Ancient Egyptians.  Working in groups they discussed and answered questions about the themes and characters in the story "The Egyptian Cinderella", before writing their own version.  They then turned their stories into plays which they acted out in front of the class. 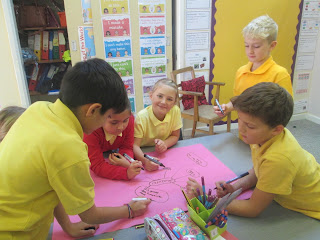 Year Six children enjoyed more pastry making sessions in the School Kitchen this week.  The children have chosen the name for their EBA Enterprise restaurant: the runner-up names were "Eaton Eatery", "Eaton Eating" and "We Have Eaton", but the winner, as voted for by Deer Class children, was "Bray Graze".  We are all looking forward to the grand opening of Bray Graze later this school year! 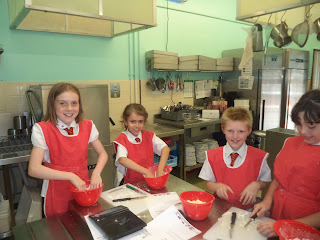 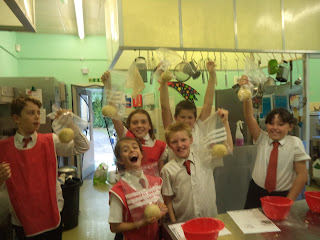