There were more lovely cakes for the Bake Off on Monday.  Well done Badgers! 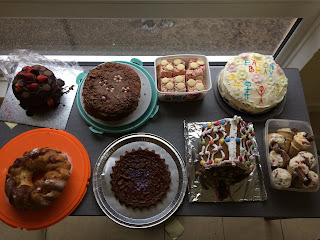 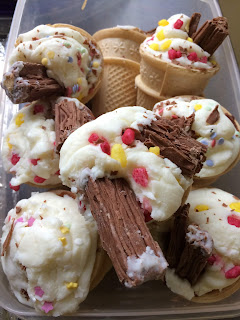 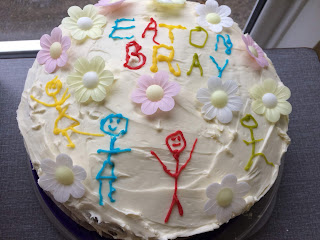 On Wednesday there was a Year Six girls football tournament.  Defying the super cold conditions, our Year Six girls gave their all in four matches at the Creasey Park Football Centre in Dunstable.  There were plenty of goals, and a positive attitude throughout.  Our team came third, with two wins, one draw, and one defeat.

A terrific team effort from the girls! 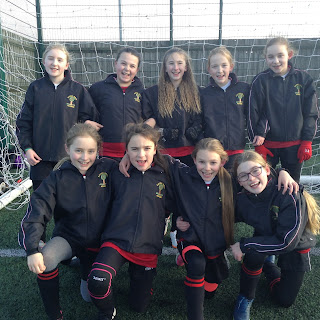 Meanwhile back at school on Wednesday, Otters Class had a special visitor, Eaton Bray local historian Peter Mayne, who came in to talk to the children about the village and how it has changed over time.

The children learnt that Eaton Bray used to grow the best carnations in the world, that were ordered for royal garden parties!  They also discovered that the damsons that grew in the village were used to dye straw which was then taken to Luton and made into hats.  Plait schools were set up in the village and village children were employed to make straw plaits for small amounts of money.

Mr Mayne also spoke to the children about the history of Eaton Bray School, and showed them a large heavy key which used to open the door of the old school building. 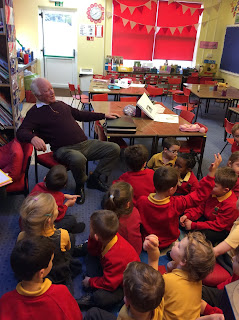 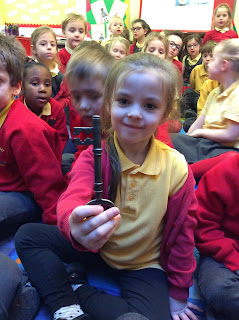 Rabbits Class children are studying persuasive writing in English, and part of this topic involves learning the skill of debating.  The children were asked to debate the following question: "Are tangerines the healthiest fruit?"  The children were split into two teams to research the question, then used lots of arguments and reasons to get their points of view across to the opposing team.  They then debated different issues working in small groups. 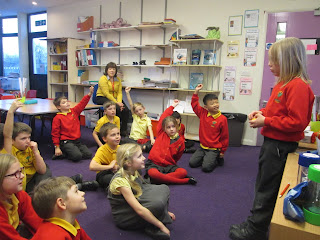 Hamsters children have been enjoying the story of "Zog" by Julia Donaldson this week.  In this lovely book, Zog the dragon is accident prone, and often has to have his bumps and bruises tended and bandaged.

The children were visited by a parent who is a nurse, who showed them how to put on bandages, just like in the story, and also talked to them about how to keep their teeth clean and healthy.  The home corner in Hamsters Class is currently a hospital, and the children are enjoying practising their new nursing skills. 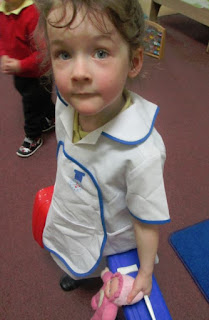 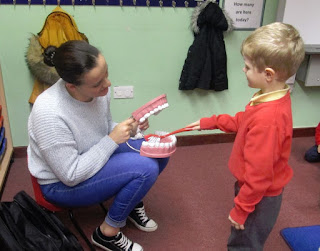 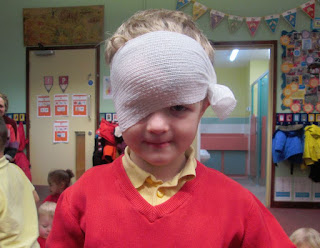 Friday afternoon as usual was Choices and Enrichment afternoon.  Some of the youngest children have chosen "Healthy Eating" as their weekly activity, and are enjoying learning all about how to prepare healthy nutritious food.  This week they made fruit crumble with apples and bananas - yum! 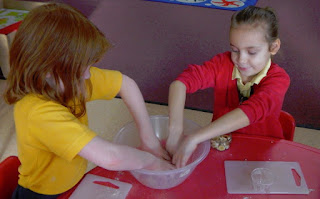 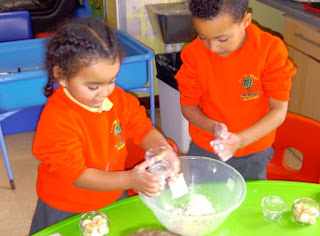