What a fantastic evening was had by all at Mount Foodius last Friday!

Guests were greeted in Italian as they arrived, by smartly dressed and courteous waiting staff, and treated to nibbles and drinks before being shown to their tables. The hall had been transformed into a charming Italian restuarant, with low lighting, music, and table decorations adding to the authentic atmosphere. All the food was beautifully cooked and served with great care and attention to detail - guests all felt extremely well looked after. Do have a look at just some of the five star reviews the children have received for the evening on the school website. 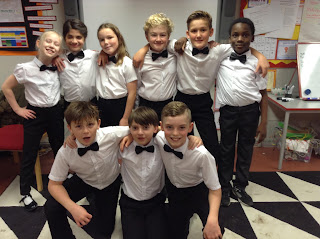 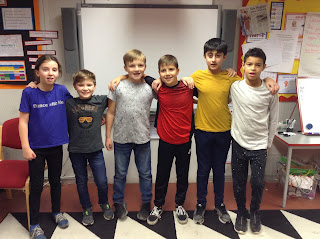 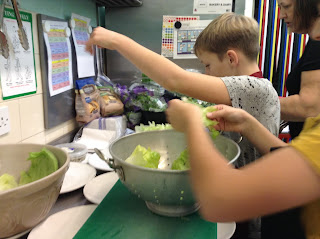 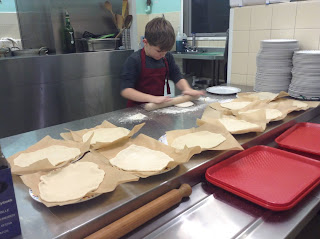 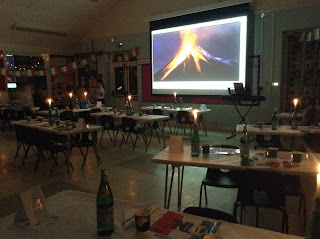 Every Year Six child had a part to play, with some being waiting staff and others remaining behind the scenes in the kitchen, and what a team they proved to be! They learnt so much, not only about preparing, cooking and serving food, but also about the many challenges of running a business:


A day in the life of a waitress, by Hannah

It is very stressful running a restaurant, especially when you are ten years old! We had enough chefs and waiters to get it running but it was hard to keep track of the different tables. We had fifteen tables and sixty three guests but only nine waiters with me being one of them. We took all their orders and wished them a good day whilst we were barely coping…


Mt Foodius by Siobhan and Eloise

Mount Foodius, a restaurant run by Year Six,
The oldest class at EBA.

Food was distributed to all the customers,
Overcooked food didn’t happen,
Onto the plates, bowls and platters,
Dinner was served to hungry mouths.
Into the oven went pizzas and bakes,
Up to the table went waiters with plates
Standing up for hours to make our restaurant great!

After all their hard work on Friday, on Monday, Deer Class enjoyed a trip to the Spy Centre in Milton Keynes, which tied in with their topic work on "Espionage". The children were given spy missions that they had to undertake, which involved a number of physical and mental challenges. Once again they had to work in teams, co-operating and co-ordinating their strengths and skills to achieve the desired outcome! 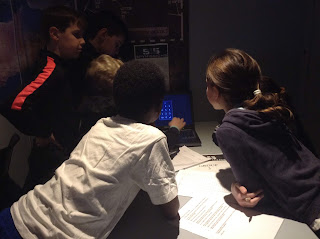 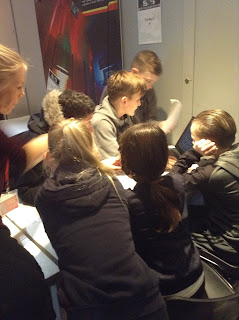 On Thursday at school, we celebrated Bedfordshire Day. This is an annual cultural, historical and geographical celebration of our county, which takes place on 28th November, the anniversary of  John Bunyan’s birth. John Bunyan, the famous writer and preacher of the seventeenth century, and author of "The Pilgrim's Progress",  was born in Elstow, near Bedford.

At Eaton Bray Academy we chose to focus on the landmarks of Bedfordshire from the countryside to the towns and aspects associated with it.

Hedgehogs found out about the Vauxhall factory in Luton. The children saw pictures of the earliest cars produced at the factory and looked at some examples of later models.  They also learned about the importance of Vauxhall in World War Two, finding out about the famous Churchill Tanks which were produced at the plant and used in the military operations. They also identified some examples of modern vans which are produced today. The children chose to take part in a range of activities. They played with the cars and road map, designed and created their own model cars from junk materials. Groups of children also made a larger car model from a cardboard box. 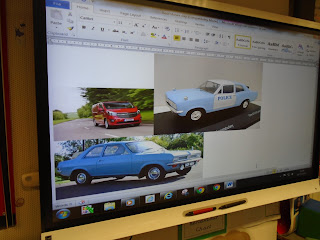 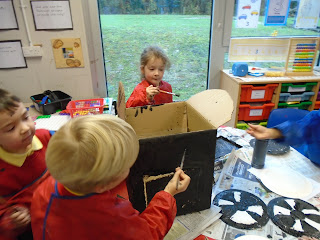 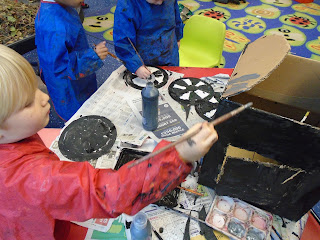 Badgers Class children looked at depth into the village of Whipsnade.The children were given carte blanche to devise their own information package, be it a leaflet,  poster, booklet, travel document. They worked really hard and showed good team work. 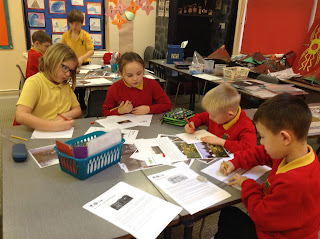 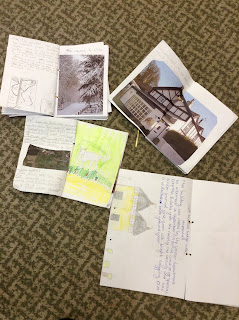 Foxes made a variation of Bedfordshire Clangers from start to finish. This is a suet crust pastry, traditionally filled with a savoury filling on one side and sweet on the other. The children made their own sausage meat mixture with pork, onions and peas for the savoury side, and used apples with sweet mincemeat for the sweet side. As an extra twist, they dusted the sweet side with cinnamon sugar. 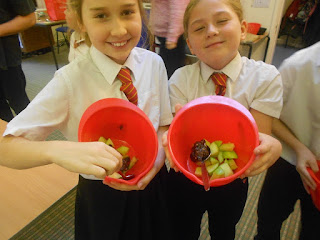 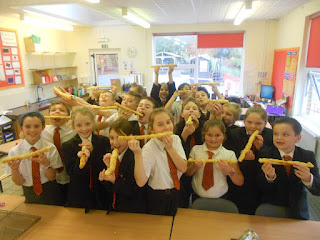 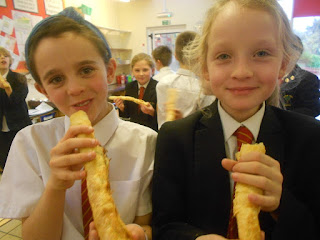 Rabbits children learnt about Woburn Abbey and the deer that are bred on the estate, and decorated some deer templates. They discovered that the concept of "afternoon tea" was first introduced to Britain at Woburn Abbey, by the seventh Duchess of Bedford in 1840 - apparently she felt too hungry to wait for her late dinner!

Hedgehogs also celebrated the origins of afternoon tea, by having a tea party in the classroom! 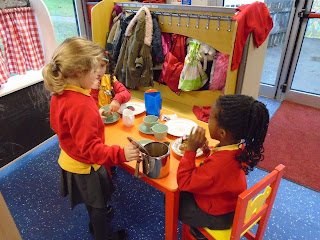 Friday afternoon was very exciting, as the PTA volunteers came into school to set everything up ready for the Christmas Fair that takes place on Saturday 30th November. There are lots of stalls, with games to play and competitions to be won, as well as a raffle with superb prizes, and a magnificent Santa's Grotto... 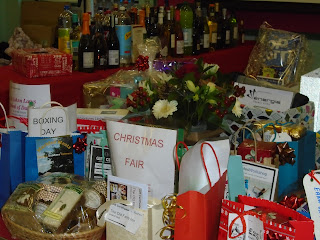