The week started with an exciting new competition for the children to enter - the Eaton Bray Academy Bake Off!

Every Monday from now until Easter, children will be invited to take part, and bring in home-made cake or cakes, which will then be judged on taste and appearance.  Everyone who enters will receive a small prize, and a winner from each class will be selected to go forward to the final at the end of term.  The overall winner will be crowned EBA Bake Off Champion and receive a certificate and trophy.  Each Monday afternoon, there will be an after school cake stall where the cakes will be sold to parents, to raise some welcome funds for the HSA.

This week it was Foxes and Deer Classes' turn, and the children set a high bar with their delicious home cooking! 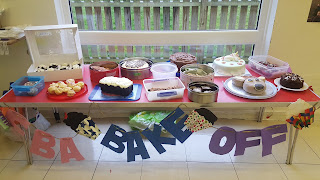 Everyone has returned to school refreshed and recharged after a welcome half term break, and we are looking forward to lighter evenings and (eventually) some warmer weather.  Even the school building itself is looking refreshed, following a lovely spring clean over the holiday, and it was a pleasure to come in on Monday morning to sparkling floors and freshly shampooed carpets.  The challenge is of course to keep it that way, and to try and keep muddy shoes and trainers outside!

Foxes Class children did some excellent homework over half term, as a follow up to the Greek Day that they enjoyed before the holiday.  They researched and wrote about various themes linked to the Ancient Greeks, including democracy, the Olympic Games, Greek food and Greek myths.  The projects were beautifully presented, and children obviously put in a lot of time and effort to produce their best work. 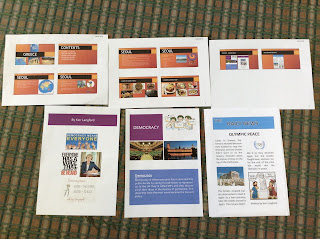 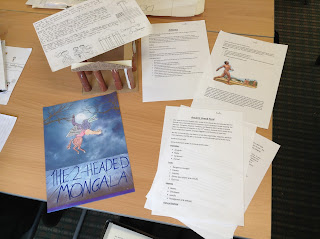 Squirrels Class also touched on democracy this week, when they found out about the Houses of Parliament as part of their work on "Legendary London".  During their Art lessons, they looked at the work of Claude Monet, who painted a series of paintings of the Houses of Parliament, all from the same viewpoint but in different weather conditions and at different times of the day.  They then produced their own eye-catching versions using a silhouette template of the buildings against bright coloured backgrounds.  Can you tell which were painted by Claude Monet, and which by Squirrels Class? 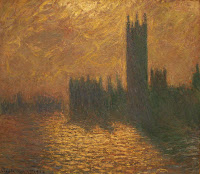 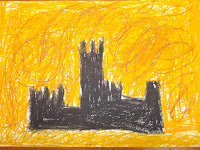 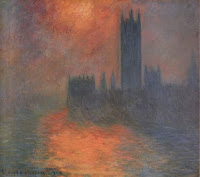 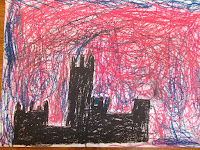 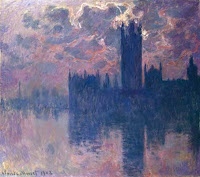 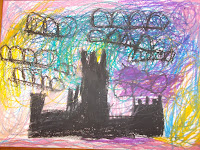 Badgers Class children meanwhile, have been learning how to write a persuasive text, and tying this in with their Wonderful World topic.  They created a shared piece of writing to persuade people to visit the wonderful Lake District - which was quite a lengthy process, as the children had to carefully consider the language they used - and used this to create their own Lake District advertisement suitable for the English Tourist Board. 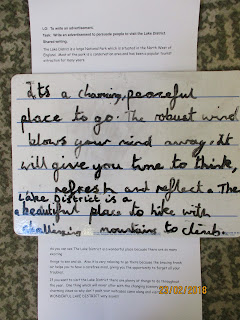 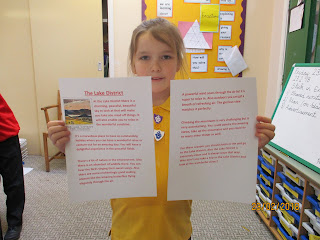 On Thursday, Squirrels and Otters Class had a rather exciting afternoon.  As part of the Primary Engineer programme, which bring engineering learning to the classroom, they were invited to join in a web chat with a graduate civil engineer, Mark Barthorpe, who works for Transport for London.  He spoke to the children about his training and his career, talking about the different projects he has worked on, and explaining why he decided to become an engineer.  Before the web chat, the children had completed research about civil engineering, and thought of lots of questions for Mark.

This has now inspired Otter and Squirrels children to enter an engineering competition: "If I were an engineer I would...", which involves them identifying a problem and then designing an invention to overcome it. 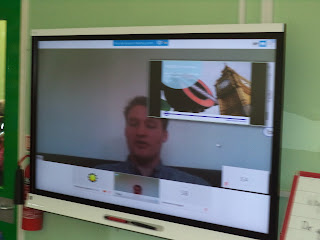 Also on Thursday, Eaton Bray Academy children took part in another after school sports tournament, at All Saints Academy.  This time it was hockey, and once again it was a terrific performance from some of our Year 5 and 6 boys and girls.  Three games were played, with an extra game to decide the winners... and EBA won with a golden goal in extra time!

Fierce determination and team spirit were much in evidence again, as our children gave their all - attacking, defending, covering each other's positions.  We were delighted to come away the winners, but even better than that was the demonstration of positive play and skills shown by all players.  Well done EBA! 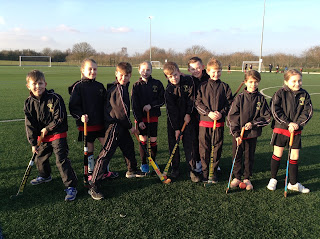 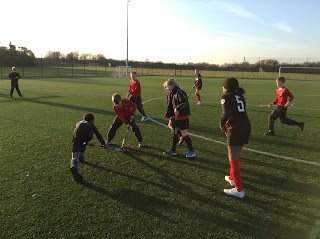 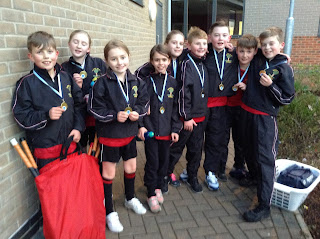 Next week is "Book Week", and we have lots of activities planned around reading and sharing our love of books.  We are all looking forward to celebrating World Book Day by dressing up as our favourite literary characters!