This week, the staff and children have been thinking about our School Motto, and considering what makes Eaton Bray Academy "a wonderful place to be!"  It was hard to decide on just six things, but we finally settled on:


Children are happy.
Children are proud of their School.
Everyone has a voice, and it is heard.
We treat others as we want to be treated.
Every child is important and treated as unique.
We get the opportunity to inspire young minds
and give them a love of learning for life.

On Monday, we welcomed a special visitor to our School - the new vicar of Eaton Bray, the Reverend Joy Cousans.  She came in to meet with children and staff, and joined us for an assembly where she talked about her work within the parish.

Wednesday was an exciting day for Rabbits Class children.  They all came into school dressed in Tudor costume, ready for a trip to St Albans Cathedral, where they enjoyed a "Tudor Experience Day".  After having a good look around the beautiful building and grounds of the cathedral, the children took part in various activities, learning about the lives of people in Tudor times.

They found out about Tudor clothes, and had some hands-on experience of preparing and eating Tudor style food, making some wonderfully colourful salad.  They also had a thoroughly enjoyable time playing some Tudor style musical instruments! 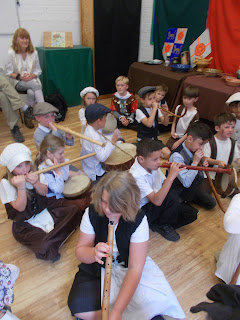 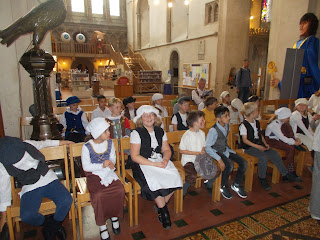 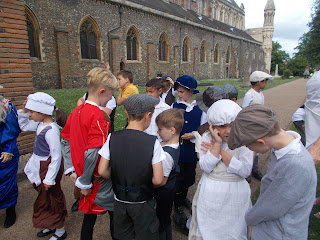 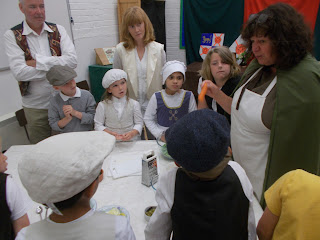 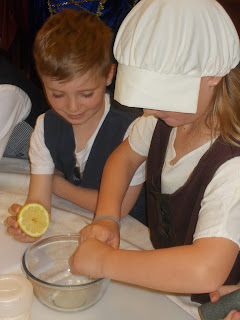 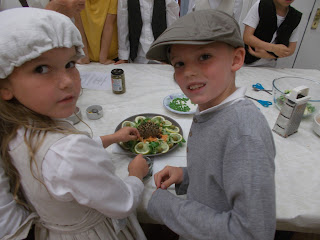 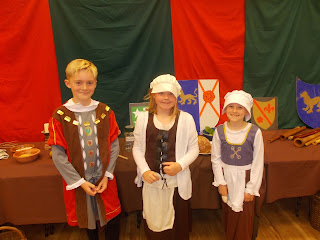 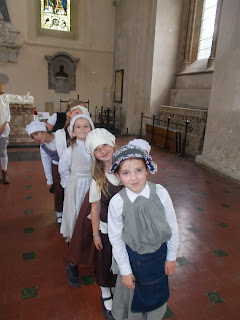 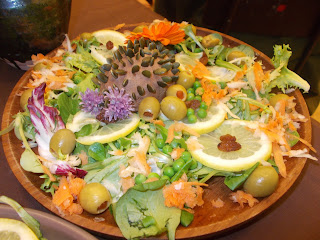 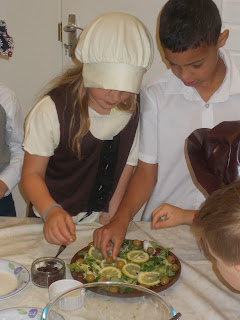 On Wednesday evening, a meeting was held for parents and children in Upper Key Stage Two, regarding the transition from Primary to Secondary School.  There was a representative from one of the local Secondary Schools, who came along to answer any questions, and presentations were given by children who left our school last year and have now almost completed their first year of secondary education.  They talked about their own experience, and gave advice to the younger children about what they can expect - hot topics included homework and rules concerning mobile phones!

The evening was very well attended and everyone agreed that it was a useful and informative event. 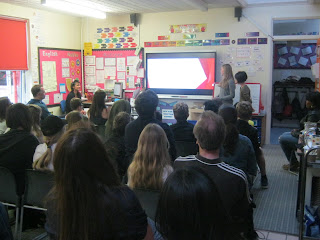 Thursday was election day in the UK, and some classes at EBA recognised this by holding their own election.  The children thought about which party they wanted to represent and wrote their own manifestos, which they presented to the rest of the class.  Voting then took place (secret ballot of course) before the votes were counted and the results announced.  The Green Party won a landslide victory in Rabbits Class - the children considered that their policies were the best for children and young people.  Meanwhile Badgers Class now has a Conservative Prime Minister!

Hiking Club marked election day by stopping off at the polling station on their hike around the village! 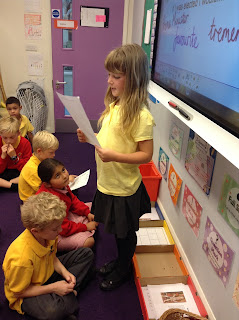 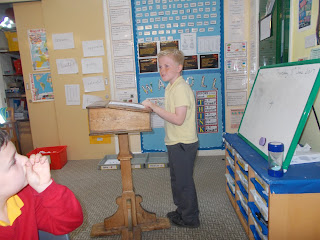 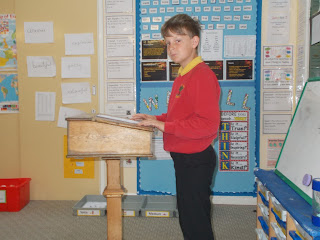 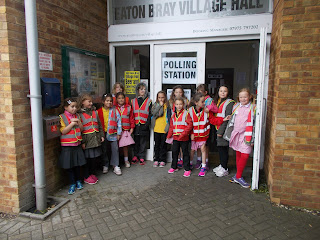 On Friday there was an Open Morning in Hamsters Class.  This was an opportunity for any families with pre-school aged children to come in, have a look around, meet the staff and enjoy a cup of tea and a chat while their children played.  We were pleased to welcome some new faces and hope that our visitors enjoyed their time with us.

Hamsters children have a lovely new piece of playground equipment, which doubles as a playhouse and climbing frame, and have enjoyed exploring this between the rain showers this week! 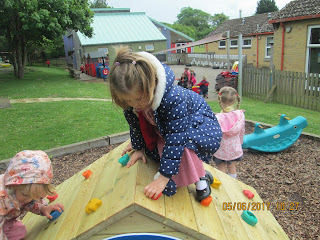 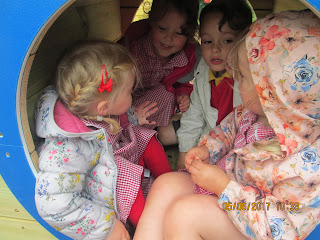 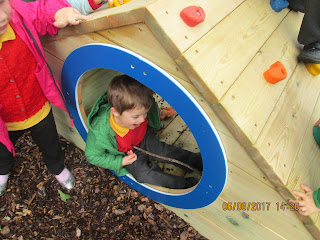 The Year Six Enterprise teams have now embarked upon their latest projects.  Using the skills that they learnt in their Young Enterprise sessions earlier this school year, they have all come up with a money making idea, and have created business plans.  Initiatives include an ice cream and lemonade stall, crafts and scented candles, football games and paper planes, so plenty of variety!

On Friday afternoon, we hosted EBA "Dragons' Den", where the children pitched their business ideas to a team of specially selected adults, whose role was to consider whether the business is likely to be a success.  Next week, the "Dragons" will be returning to school to give feedback to the children, and building on this, the children will launch their businesses using funds that were kindly donated by local companies a few months back.

We look forward to seeing the children's ideas become a reality! 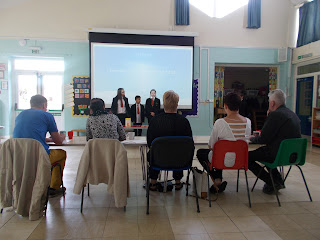 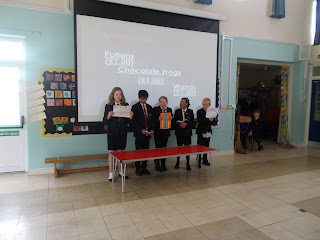 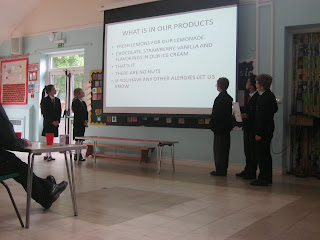