SATS are over for another year - yippee!

Year Six and Year Two children have been working so hard and have made us very proud this week.  Now they can enjoy a well deserved break and enjoy the rest of the summer term. 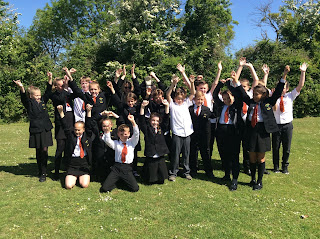 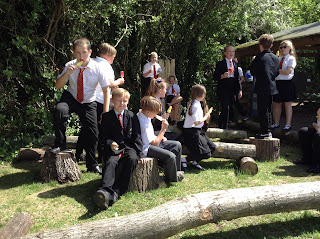 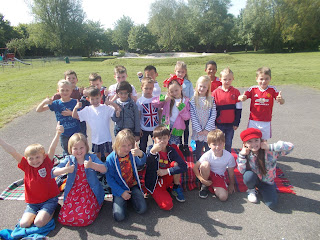 For the other classes, it's been business as usual this week, though the children have all had to be extra specially quiet and considerate while their friends have been sitting their tests.  Rabbits Class children have continued their work on the Stone Age, finding out about cave paintings.  They had an enjoyable time creating their own cave paintings in chalk in their sketch books. 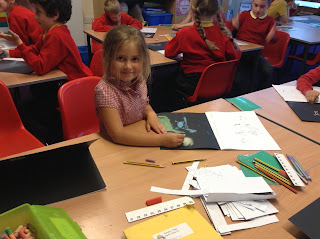 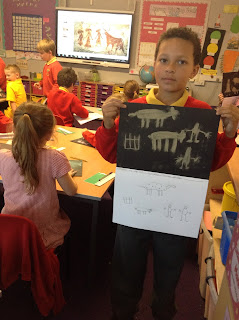 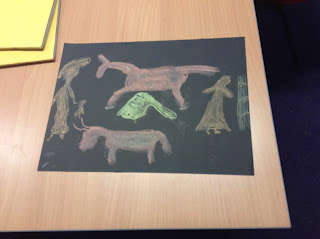 Otters Class have taken their Maths lessons outside this week, and had a lovely session out in the playground, learning about capacity.  They filled different bottles and containers with water, and used these to fill other smaller receptacles, making notes about their discoveries as they worked.  And it didn't matter if they accidentally spilled any water, because they were outside! 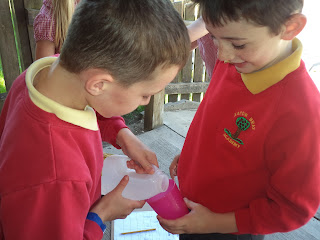 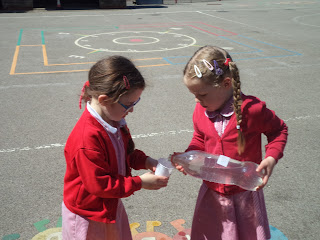 Friday was a special celebration day, to mark the end of SATs, and to commemorate the Royal Wedding.  The children were asked to come in to school wearing red, white and blue, or a special outfit for Harry and Meghan's big day.

In the afternoon, Badgers Class organised a wonderful fete on the school field for the rest of the school to enjoy.  There was a variety of stall and games, including "Throw the Welly", "Knock Down the Bricks" and "Pin the Veil on Meghan" as well as cakes to ice and eat, and cucumber sandwiches, made by Hedgehogs children.

Meanwhile, Deer Class children enjoyed a post-SATs picnic with sausage rolls, crisps and cake!  The sun shone and there was a really cheerful atmosphere on the field.  A lovely end to a hard working week! 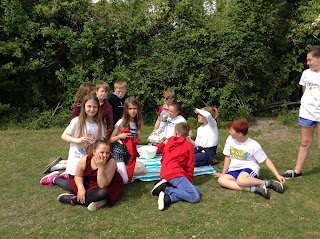 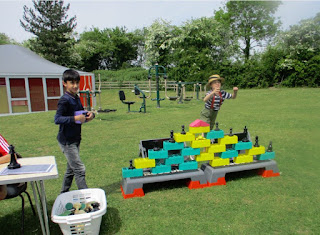 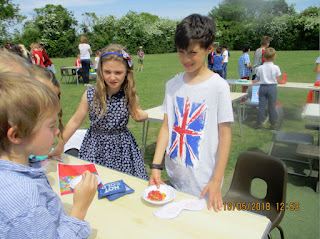 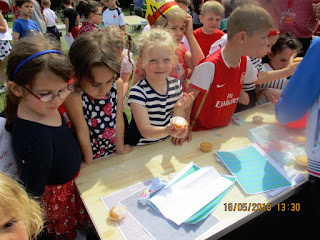 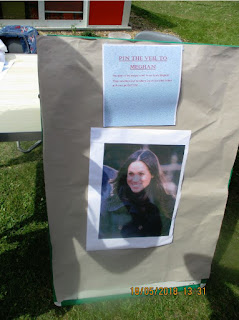 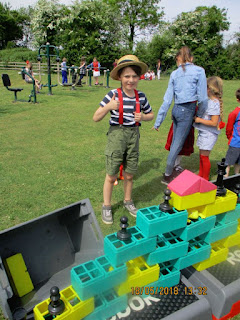 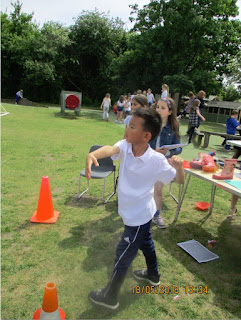 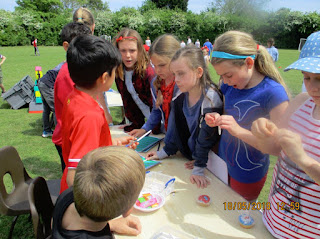 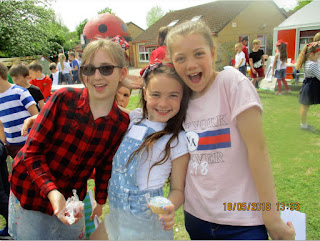