A rather busier week this week at EBA!

Tuesday was Safer Internet Day.  All the classes worked on different activities around this theme, talking and thinking about the games they play and apps they use online, and considering how to stay safe when using them.  Everyone was tasked with creating a poster, featuring their own e-safety super hero, and the older children wrote stories about their super heroes' adventures.

The posters were judged on Friday by our EBA e-cadet team, and prizes and awards were handed out to the winners in assembly. 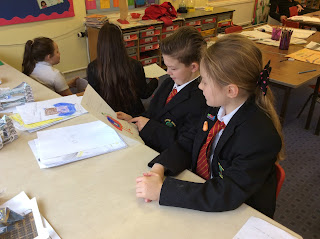 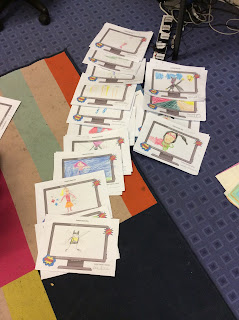 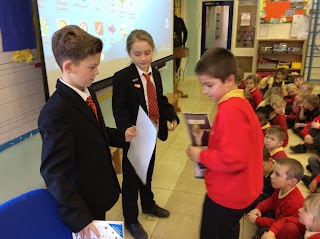 Squirrels Class children have been learning how to write instructions in their English lessons this week.  Its Shrove Tuesday next week, so what  better opportunity for instruction writing could their be than pancake making for Pancake Day?  Having written (and illustrated) their instructions, of course the children had to put them into practice, so a wonderful afternoon was spent on Tuesday in Squirrels Class, making pancakes! 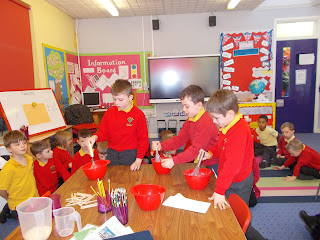 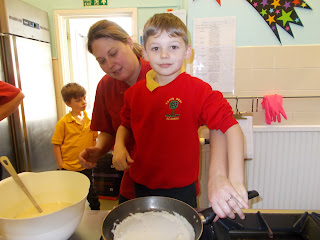 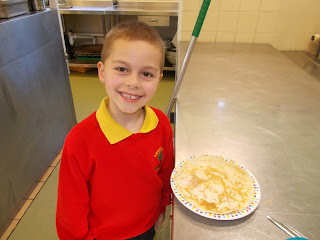 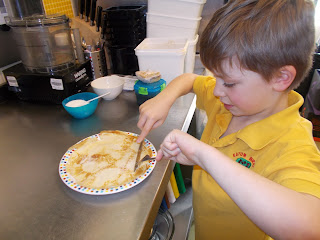 Also on Tuesday, after school, a group of EBA Year 5 girls took part in a netball tournament at All Saints Academy in Dunstable.  They put on a wonderful perfomance over the three matches they played - for a group of girls who haven't yet had much chance to practice together, they showed a great team spirit and real determination both in attack and defense.

The girls won all three of their matches and were announced overall winners, coming away with medals for their achievement. Well done once again EBA! 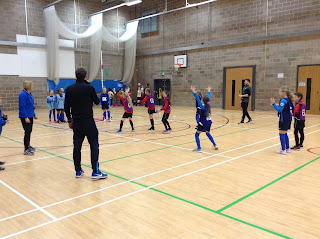 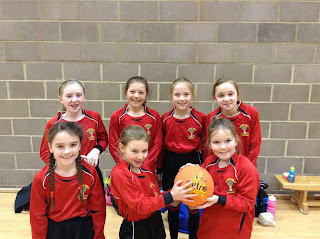 Children in Rabbits Class have been working hard on their "Wondrous World" topic work.  They have been finding out all about mountains, and this week have written mountain poems and done some fantastic mountain themed artwork. 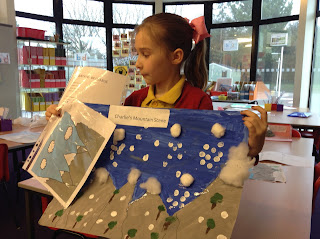 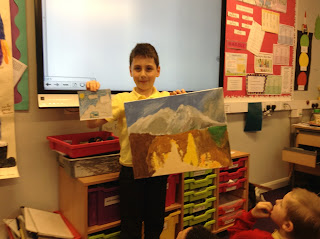 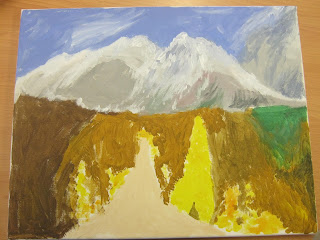 On Wednesday, Foxes and Deer Classes enjoyed a rather special day.  As part of their work on "Gruesome Greeks", they were visited by a "performing historian" from the Portals to the Past team, who came in to run a day of immersive activities based on the Ancient Greeks.

All the children and their teachers came in dressed in Grecian costume, and took part in a series of workshops, learning about Ancient Greek life and culture.  This included Greek myths and legends, the Ancient Olympic Games, Greek philosophy and mathematics and much more.  In the afternoon, they were given a demonstration of Ancient Greek weaponry, and witnessed a reenactment of the Battle of Gaugamela.

It was a fun and exciting day for the children, who all appreciated the opportunity to learn about history in such a lively manner. 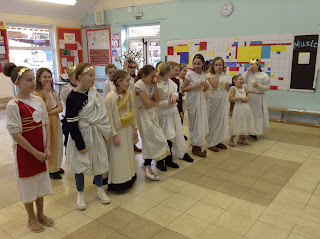 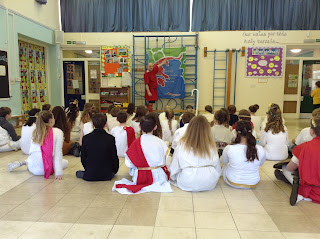 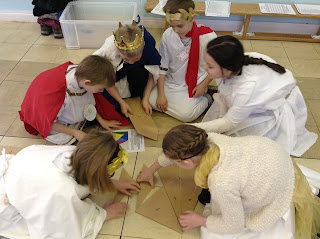 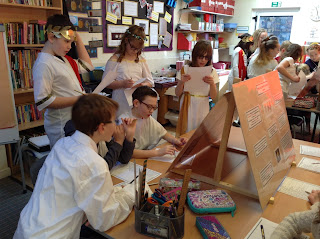 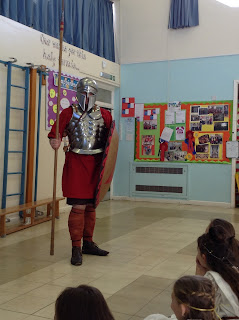 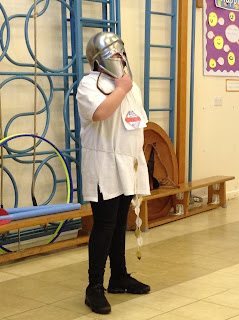 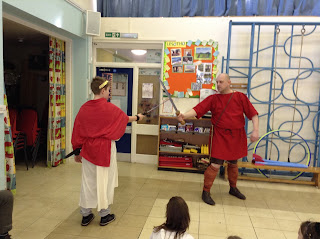 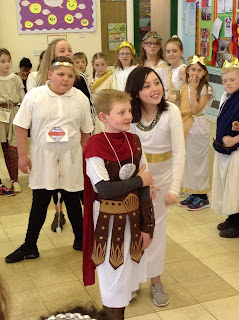 Children in Hamsters Class have been finding out more about "People Who Help Us".  This week they have been thinking about soldiers, and all that the armed forces do to keep us safe.  They found out that soldiers have to be very fit, and that they train by completing challenging assault courses.  The children took part in their own assault course in the classroom, crawling under and climbing under obstacles, just like real soldiers! 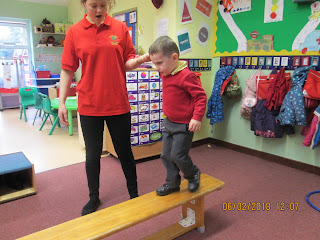 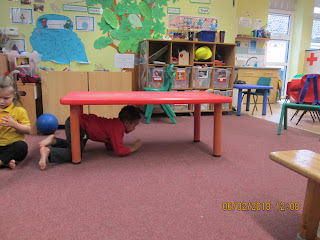 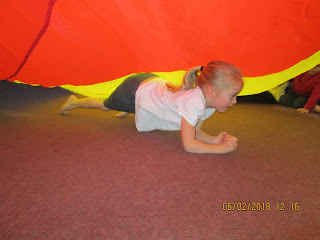 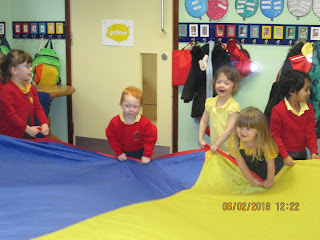 On Friday, our Year 6 Enterprise children had another very special day.  The money that they raised following their "Bray's Graze" restaurant evening last term was put to good use, allowing them to pay for a visit from the Young Enterprise team.  This is an charity that offers business skills education to children, providing them with the opportunity to learn more about the world of work.

The children spent the day setting up and running their own businesses.  They were split into teams, and each team had to assign roles their members - Creative Director, Marketing Manager, Financial Director and so on - thinking about their individual strengths and weaknesses.  Then they went into business, producing items of jewellery from beads, which had to be quality controlled, before going on sale.  Every step of the process was recorded in workbooks, with profits (or losses) calculated and noted at the end of the day.

It was a fascinating day for the children, and one which taught them an enormous amount about teamwork, communication, problem solving, and all that is involved in working successfully with others. 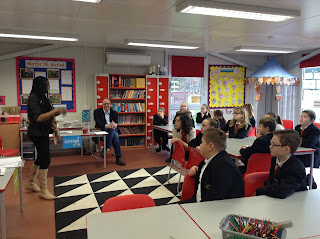 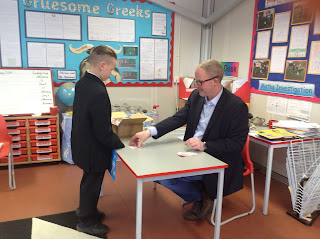 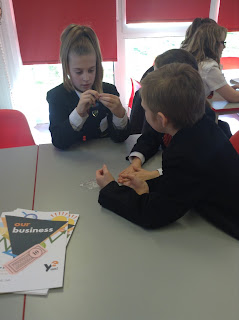 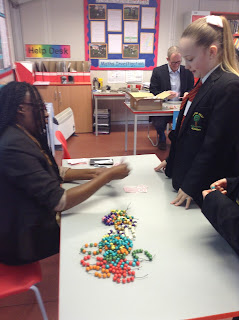 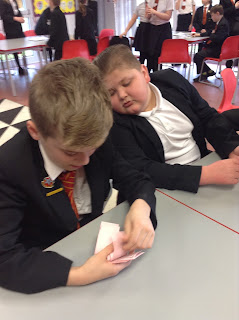 We hope everyone has a lovely half term holiday, we will see you back on Monday 19th February!