It's been a very busy hard-working few days for many of us this week.  Our Year Six children have had their heads down and their concentration fully engaged, as they finalise preparations for their SATs tests, which take place next week.  They have completed practice papers in test conditions, and familiarised themselves with all that they can expect when they open their first SATs papers on Monday...

Now we are urging them to have a happy, relaxed weekend, plenty of fun and plenty of rest, so that they are in good spirits and feeling positive for whatever next week may bring!

It's also been an eventful week for our Key Stage 2 sporting superstars, who took part in a football tournament against other local schools.  On Friday, our Year 3 and 4 team made it through to the finals for their age group, where they eventually finished second, losing out to Hadrian Academy 1-0 in a close match.

Our Year 5 and 6 team also qualified for their group finals, which took place on Tuesday.  Competition was tough, but we managed to finish a very respectable third on the leaderboard, with Lancot School and St Christopher's taking first and second place.  Well played to all our footballers! 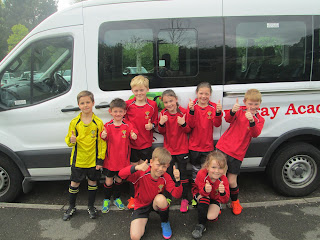 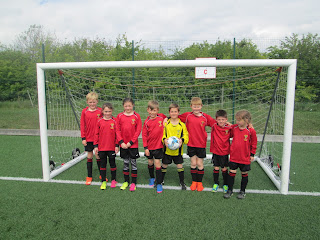 There was more sport on Thursday, when some of the Year Three children went off to Dunstable Leisure Centre for swimming lessons.  Each week this month, half of Rabbits Class will be going swimming on a Thursday afternoon, while the other half enjoy Forest School activities.

This week, the Forest School children made shelters and learnt how to keep themselves warm and dry whilst out in the wilderness. 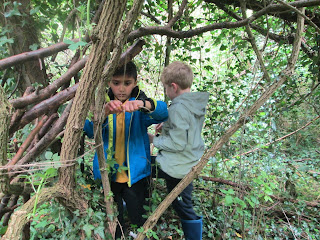 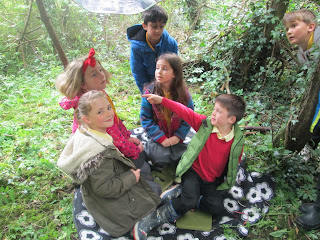 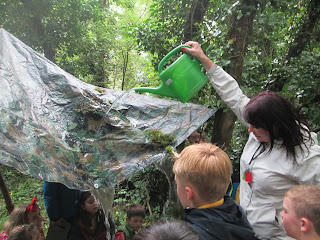 Badgers Class presented an assembly on Thursday, on our value for this half term, which is "Thoughtfulness".  The children talked about how being thoughtful and considerate towards others improves the lives of everyone.

One way that everyone at EBA can show thoughtfulness at the moment, is by being extra quiet and sensible as we move around the school while SATs tests are taking place. 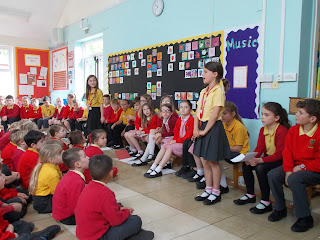 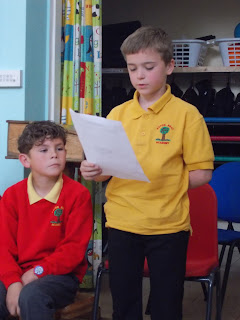 Otters Class have been learning about the classification of animals in their Science lessons.  They found out about the characteristics of various reptiles and amphibians, and then used clay to make their own creatures.  Their creations were very impressive!

On Friday, the children were asked to bring in something "special" to them, to talk about to the rest of the class.  They had to explain what their item was, and why it was important to them.  There was quite a range of treasured objects, including cuddly toys, favourite story books, photographs and certificates. 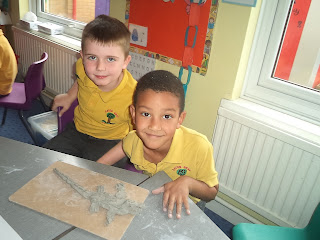 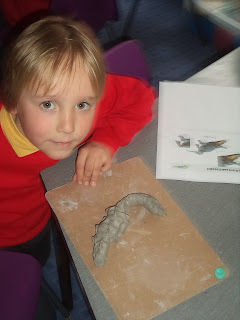 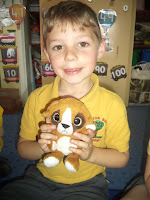 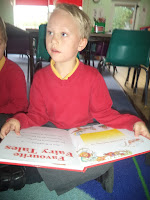 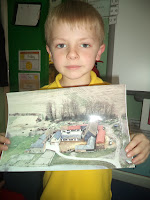 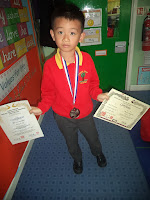 Rabbits Class meanwhile, have been finding out about law and order.  On Friday, they staged a trial, to determine whether the Giant in Jack and the Beanstalk was guilty or innocent of being an evil rogue who chased Jack and threatened to eat him!

The children took the roles of judge, jurors and witnesses, debating the matter in depth, before finally declaring a verdict of "Not Guilty!"  The Court of Rabbits decided that the Giant was innocent of all charges, and that Jack should be the one in the dock, for his crimes of breaking and entering, and theft!

The children thoroughly enjoyed this exercise, and learnt a lot about debating, evaluating a situation and using their judgement.  And it was all very entertaining for the adults in the class as well! 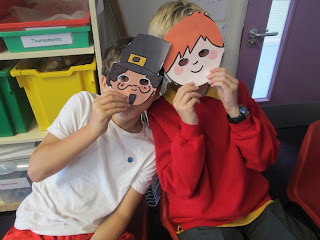 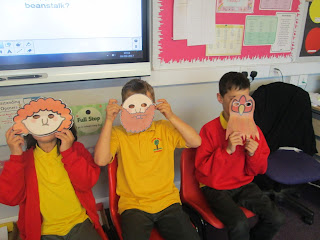 We have a very busy week in store next week... but are looking forward to Friday, when we will celebrate the completion of another round of assessments!