Our Creative Curriculum theme for this term is"The Olympics" and this week the children have really got into the spirit of the Olympic Games.

In maths, children in Otters class have been estimating, comparing and weighing different objects in the classroom.  They then began finding out about two Olympic events that involve the use of heavy weights - shot put and hammer throwing - and the children had to solve some maths problems involving these sports.  They have also made some athletes for the class Olympic area by drawing around a volunteer, which they painted in suitable colours for Great Britain, and arranged into medal order! 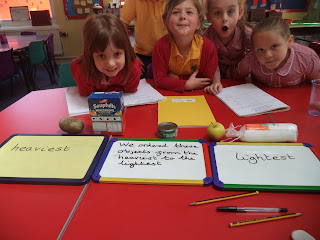 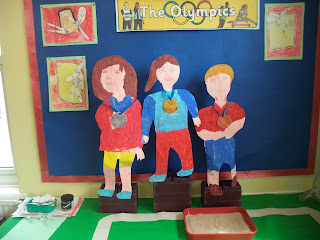 Hedgehogs Class have focused on Olympic cycling events.  Their story for this week was "Mrs Armitage on Wheels", about a lady who goes for a cycle ride and makes all sorts of modifications to her bicycle!  The children  had great fun in the sunshine, riding their own bikes and scooters in the playground, while learning about directions - left, right, forwards, backwards... 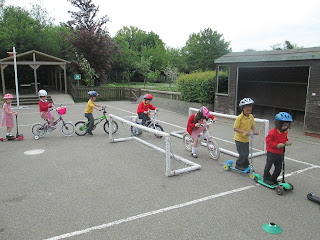 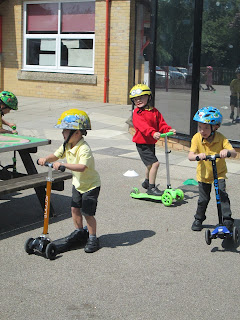 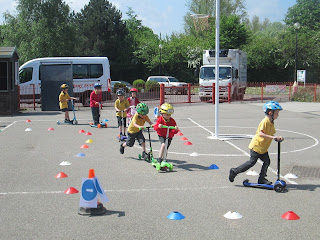 We have all been doing our own version of the Marathon this week - the EBA Readathon!  Peace reigned, as every child in the school chose a book, and had the pleasure of reading for a whole uninterrupted hour, noting down how many pages they were able to get through in that time.  Parents were asked to sponsor their children, and the money raised will go towards books for the School Library, enabling us to continue our "Reading Revolution." 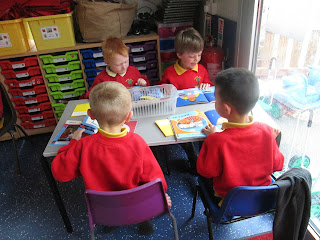 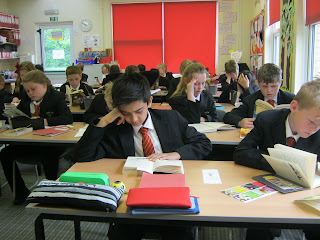 Having finished their SATs tests, Squirrels Class enjoyed a walk around the village on Monday.  In the past, Eaton Bray was famous for carnation growing, and the greenhouses, where the carnations grew are still standing, though they are rather overgrown and derelict now.  The children enjoyed visiting the site of the carnation greenhouses, and discovered that many of the road names in that area reflect the activities that used to take place there.  They were also very interested to learn that Mrs Warby's mother used to work in the greenhouses when carnation growing in Eaton Bray was a thriving industry.

Back in the classroom, the children had the opportunity to look closely at carnations, and draw and paint them in their Art lessons - with impressive results!  There really are some "budding " artists amongst our Year 2 children! 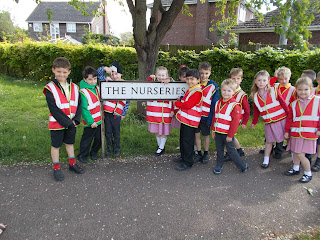 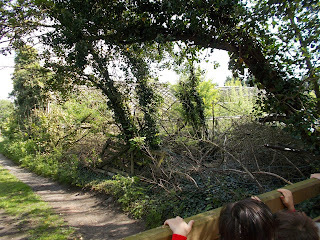 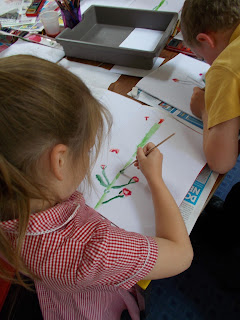 On Wednesday, Badgers Class paid host to their friends from Hillborough School in Luton.  This visit was part of the Schools Linking Network programme, and was a follow up to Badgers' visit to their school in April.  The children enjoyed plenty of activities together, and a picnic lunch.  Unfortunately, in the morning it was a bit wet for them to spend much of their time together outdoors, but lots of fun was had in the School Hall and classroom, and happily, the sun came out enough for them all to enjoy some playtime in the park in the afternoon. 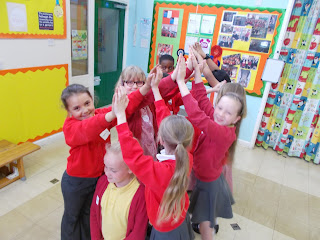 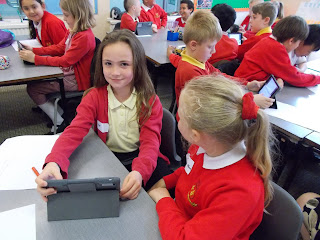 The highlight of this week was without a doubt, Thursday, when the whole of Main School had an "Olympic Day Out" at Stockwood Park Athletics Stadium, to enjoy a day of sports and activities.

The day's events started with race heats, with children participating in everything from 50m sprints to 1500 distance runs.  The children showed wonderful support for their friends, cheering them on with great enthusiasm.  One child is particular made us very proud, when she stopped running and went back to help a friend who needed a bit of extra encouragement to finish the race.  Her actions won her a special award for kindness.

After the running races, there were team games, including shot put, hockey skills, hurdling and the long jump.  These were followed by the finals of the running races, and the relay event, before everyone returned to school for a special awards assembly.

The day was a wonderful success, thanks in part to the weather being kind to us, but mostly to the excellent behaviour of the children, and the hard work of Mrs Hawkes who organised the whole event. 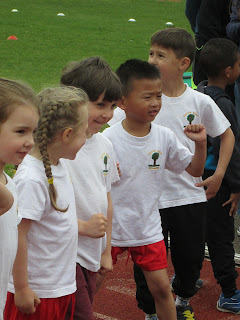 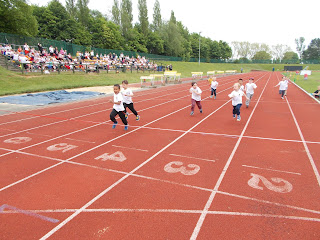 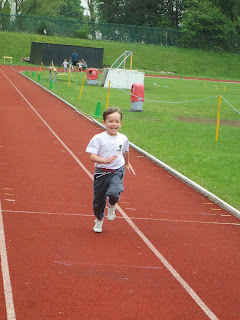 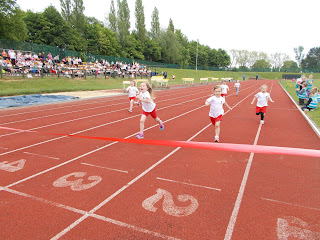 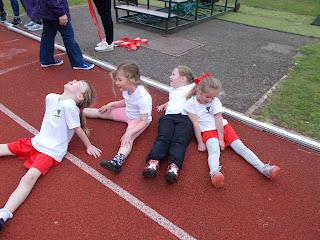 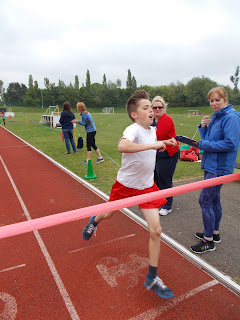 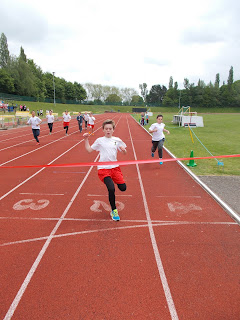 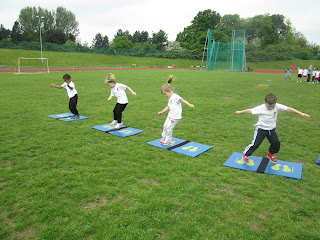 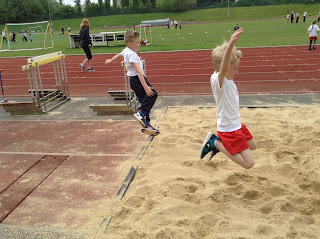 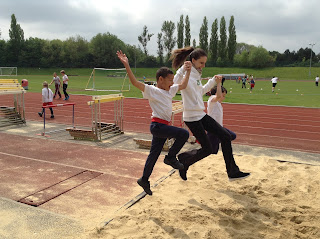 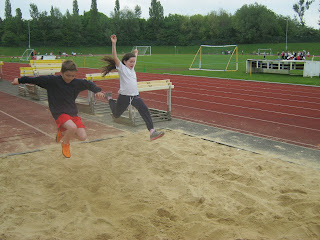 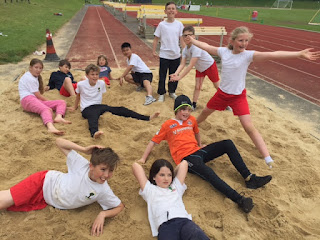 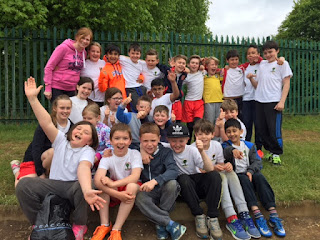 Next week: lots of excitement for some of our Year 5 children, who will be off to Devon for a few days at Beam House PGL Centre.