As we ease our way into half term, this is some of the exciting things we have been doing this week at Eaton Bray Lower School.

On Wednesday, Hamsters Class went to story telling land on a magic carpet... they were lucky enough to have a storyteller come in to visit who entertained our youngest children with wonderful tales from her own imagination. The children were spellbound! 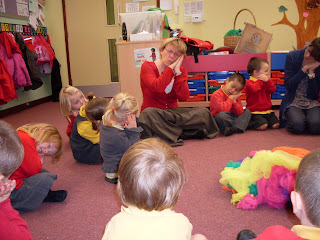 On Thursday, Badgers Class had a fantastic day out at Hampton Court. 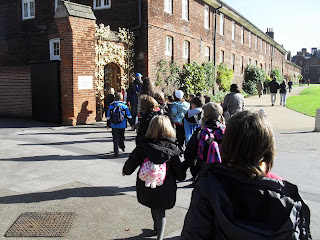 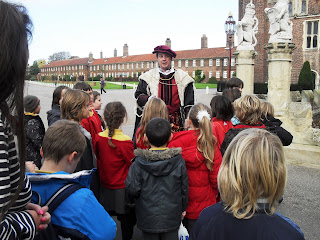 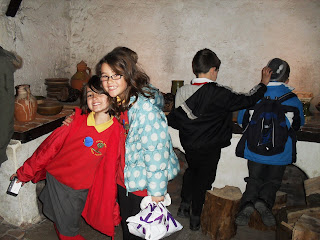 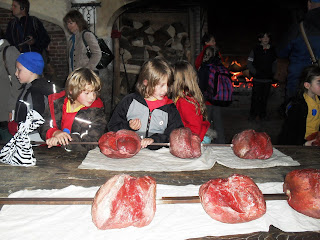 Here is a report of the day from one of our Year 4s:
Our Day at Hampton Court Palace
When we arrived everybody was excited. We went to the Chapel and we were not allowed to take pictures or talk. The lady that was there told us to sit down and look at the ceiling. Then she said "Would any of you like to ask questions?" Nobody did, then she told us "Jane Seymour's heart is under the cloth!" This is because she died and Henry VIII loved her so much. After that we went to Henry's apartment. We visited a man dressed as Henry VIII and another man behind him. One of the girls took a picture of the man and the man bent down and made a weird face at her! We went to our lunch room. We only had twenty minutes for lunch then we went to the gift shop and I bought a quill, a rubber and a pen. Lastly we went on the coach. It took about two hours thirty minutes to get back to school.
Posted by Eaton Bray Academy at 02:51
Newer Post Older Post Home