With just four weeks to go until the big day, and just over three weeks left of term, the children have began their Christmas preparations in earnest, and a festive feel is beginning to creep gradually through the school!  Rehearsals for the Christmas plays and concerts are well under way, with lines being learnt and songs being perfected.

In Hamsters classroom, the home corner has been transformed into the North Pole (complete with a lost looking penguin, presumably visiting from his home in the Antarctic!) and throughout the school, festive displays and decorations are beginning to appear... 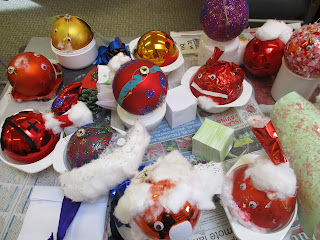 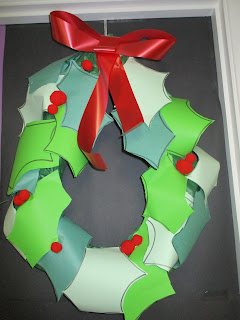 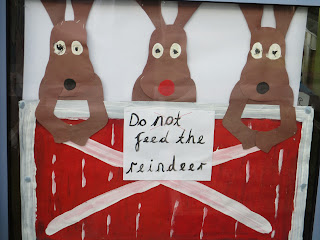 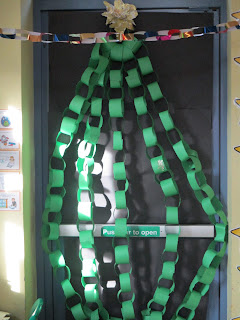 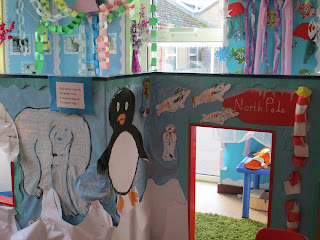 An interesting looking structure is being built outside of the Nursery building... For several weeks now, the HSA have been collecting empty milk cartons, which have been thoroughly washed and disinfected, and are now being glued together to form... an igloo!  This will be the home of Father Christmas when he visits us for our Christmas Fair on Friday 1st December.  What an ingenious idea!

Thank you to everyone who has saved their milk cartons and brought them up to school, but even bigger thanks to the HSA ladies who have been working so hard on this project, and are putting many hours into organising what will no doubt be a lovely event for the children.  We can't wait to see the completed igloo! 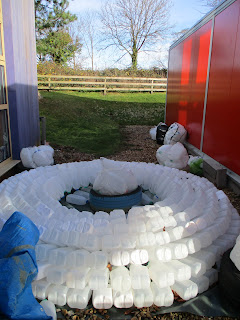 The decision has now been made about which of the festive sausage roll recipes will be sold in the village cafe! The winning recipe was devised by the "H.I.M" team (Heidi, Isobel and Macie) and comprises sausagemeat, cheddar cheese, cranberry sauce and ketchup.  This will go on sale in Heirloom Cafe from December 1st, with every sale making a commission for Eaton Bray Academy, so do pop over there and enjoy a festive snack in the run up to Christmas!

On Thursday morning, Foxes Class held their Class Assembly.  The children shared with parents and the rest of the school some of the work that they have done this term, including their project on the Solar System and their topic work on the Rainforest.  They talked about EBA Enterprise, Bikeability and E-safety, and gave a demonstration of their prowess on the cahon drums.

As our value for this half term is "Appreciation", they also gave a presentation on this theme, and distributed thank you cards to members of school staff, expressing their appreciation of the work that everyone does within the school. 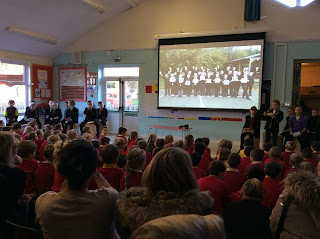 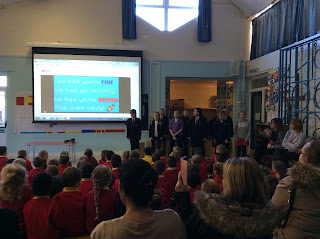 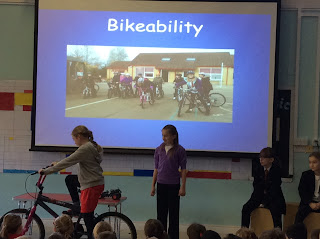 After the assembly, there were refreshments for parents, and then a quick turnaround for some of the children, who were off to take part in a Cross Country Tournament!

This took place at Houghton Regis Academy, and the Year Four boys and Year Five boys and girls that took part all showed great determination in competing for the school.  The blustery conditions on Thursday were not ideal for running, but all our children ran non-stop and finished well placed, with an EBA Year Four boy finishing in first and third places in their age category.  An excellent result!

Other children also made us proud, including one of our girls who was determined to compete, despite having been off school through illness this week.  She ran her socks off, coming in first out of all our Year Five girls - quite an achievement!  Another of our Year Fives competed against Year Six boys, and came in twelth, which was a very competitive result against boys in an older year group.

Well done to all those who competed brilliantly, and who, as always, behaved impeccably! 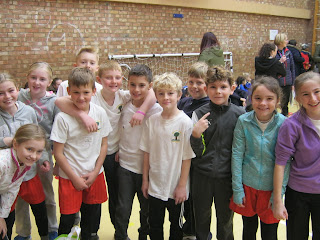 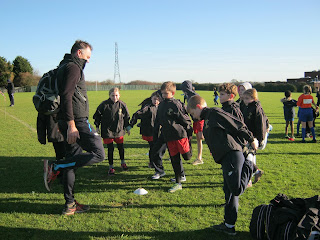 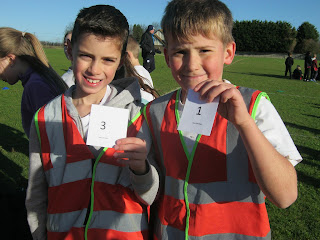 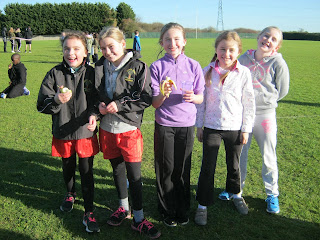 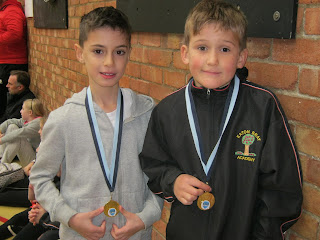 A busy week is in store next week, as we finalise preparations for our Christmas Fair. We do hope to see you there!