Squirrels Class have been finding out about the baby animals that have been born on a local farm, and have had a lovely time creating some sheep inspired artwork!  They have also enjoyed a nature walk and discovered plenty of wildlife in our school grounds. 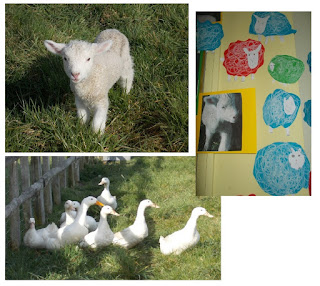 As part of their science work, Otters have researched spring plants, including flowers and blossom.  They also went for a walk around the school grounds to find and identify the plants and flowers, paying attention to the environment in which they were growing.  They took photographs which they will use to make maps next week. 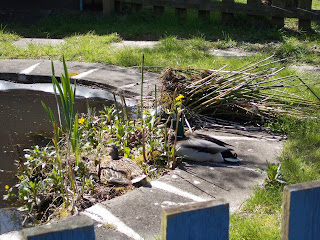 Our creative curriculum topic for this term is The Olympics, and Deer Class have kicked off their work on this subject by finding out all about the history of the ancient Olympics, and learning about Greek mythology.  They have rewritten some of the classic Greek myths in the style of newspaper articles.

Otters have been looking at the modern Olympic Games.  They have each chosen one Olympic sport and found out all about it for their homework task.  They have found out where the sport takes place, and sketched their chosen venue.  They will complete their drawings by adding figures of sportsmen and women next week.

On Tuesday, a team of Year 5 and Year 6 children took part in a swimming gala at Dunstable Leisure Centre.  They all swam in several races, both individual and relay, and did very well, ending up in fourth place.  Well done team! 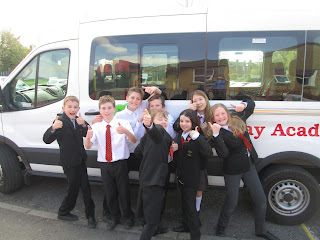 More sport on Tuesday, when visitors from Eaton Bray Cricket Club came to do a cricket session on the field for children in Year 3.  It was a lovely sunny day, and the children had a fine time practicing their batting and bowling skills. 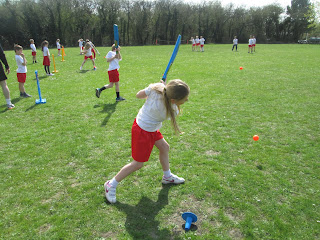 Wednesday was an exciting day for Badgers Class, who spent the day at another school!  They went to Hillborough Junior School in Luton, to meet up with the friends they have made through the Schools Linking Network programme.  They enjoyed a picnic in the classroom, looked around the school grounds and took part in a fun art lesson where they drew "half and half" portraits of one another. 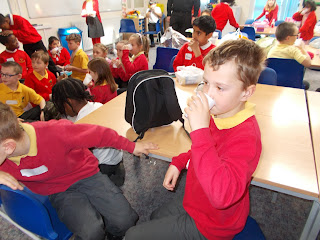 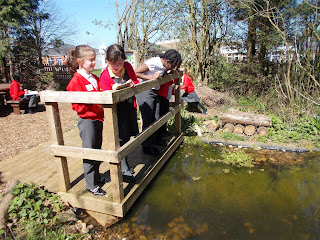 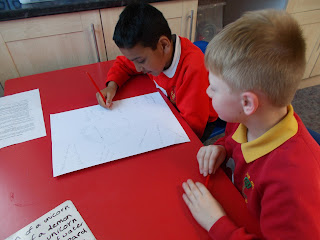 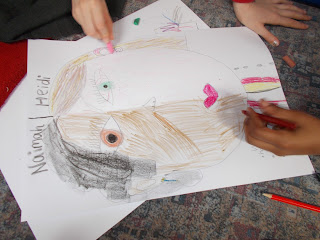 Foxes Class were given a challenging Enterprise cookery task this week.  They were given a selection of ingredients, and were asked to devise and prepare a dish, which would be judged on taste, quality of presentation, and the tidiness of the preparation area.  The ingredients were: bananas, chocolate, grapefruit, cheese, pineapple, apples, onions, crisps, chocolate biscuits!  The children were allowed to use as many or as few of these as they wished.

We were all very curious to see what would be produced... and as usual, our children rose to the challenge and impressed us with their inventiveness!  The final products included a tasty looking fruit salad, an indulgent chocolate dessert, and a cheese dip with crudites. 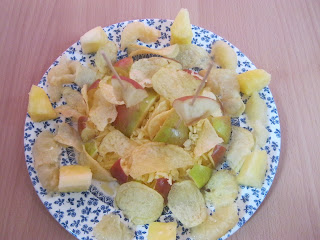 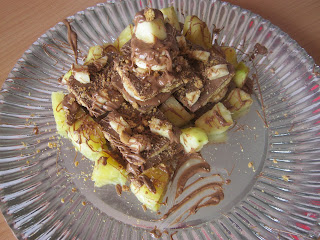 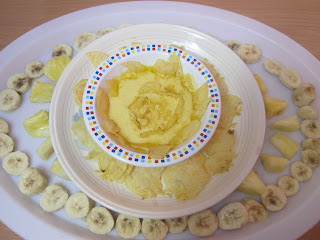 Thursday was a special day - the Queen's 90th birthday!  It was also the day of Hedgehogs' Class Assembly, when they shared with parents the work they have been doing this year.  The children shared photos of their activities and of the trips in the minibus that they have been making.  These are amongst the youngest of our children, and we were delighted that they all spoke up so well.  The assembly included some songs, complete with actions and home made instruments, and of course, a special birthday song for the Queen! 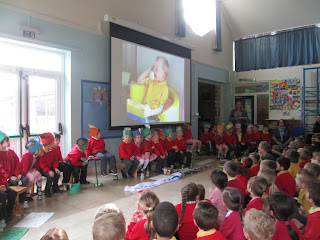 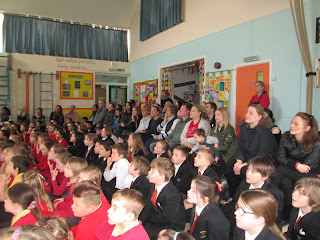 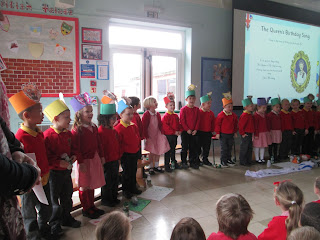 Later in the day, Hedgehogs Class enjoyed a Queen's Birthday celebratory afternoon tea on the field, which included sandwiches and cake.  Hamsters Class celebrated too, in a similar way, but chose to stay indoors for their tea party (perhaps wisely as it was a little chilly!) 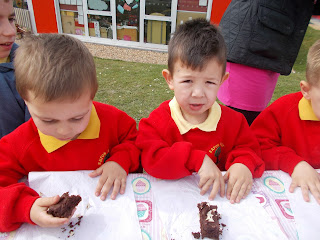 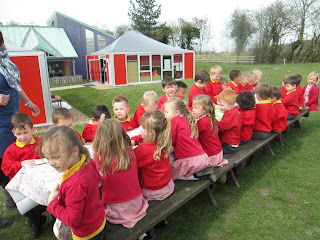 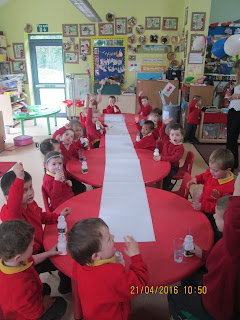 Friday involved an early start for our wonderful kitchen staff, who came in before 6am to start cooking a special St George's Day full English breakfast. With help from volunteers from the HSA and governors, more than 100 plates of eggs, bacon, sausages etc were served up to parents, children and staff!

There was a wonderful party atmosphere in the hall, which had been decked out in flags and bunting for the occasion, as everyone tucked in to their feast.  When they had finished eating, the children had the chance to go and play cricket on the field before the start of school.  As it was such a special patriotic day, the children were given the opportunity to come to school in their beaver/cub/brownie uniform.  Many did so, and looked very smart indeed. 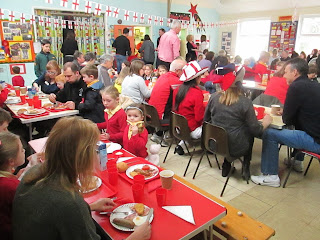 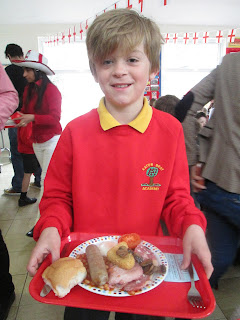 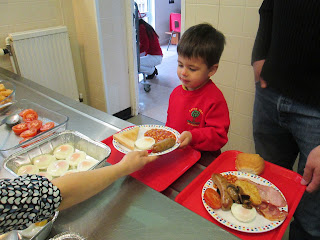 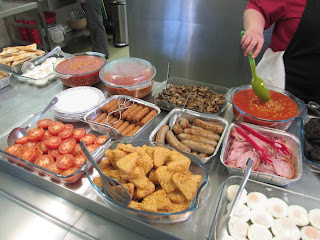 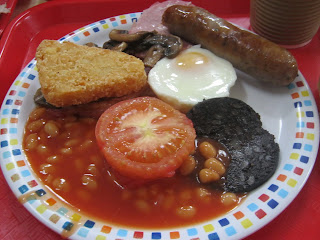 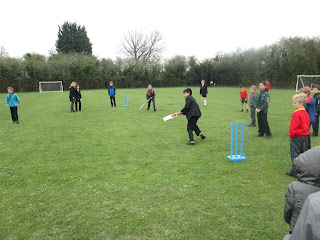 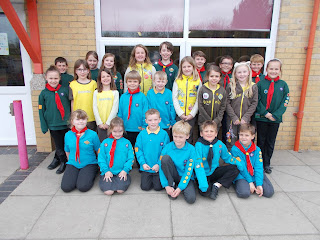