We have had a very busy week. 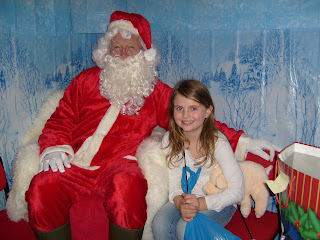 On Saturday we held our Advent Fair, which was a great success, bringing in plenty of profit which will go towards our Nursery building. The children were delighted to discover that Santa had come along, and he was kept very busy giving out presents all afternoon. Thanks go to everyone who came along and supported the school.

Everybody has been involved with the Concert performances of "Countdown to Christmas", which were 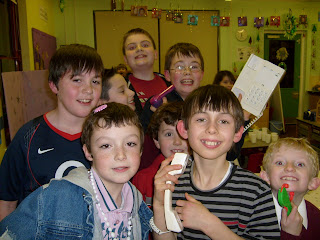 held in the hall on Tuesday afternoon and Wednesday evening. The children were outstanding, as usual, and sang, danced and acted in a very professional manner. They made us laugh with their jokes, and moved some of us to tears, in the emotional rendition of "Immanuel". A parent was heard to say, "It's amazing, they just get better and better." We agree! Our e

x-pupils, who are now in Year Five, came back for a tea party before the Concert, and then had front row seats. They were very proud of their younger brothers and sisters.

Hedgehogs' performance of "Humph the Camel" was very entertaining, and enjoyed by their parents and friends, as well as by Squirrels Class. They had obviously worked very hard on their songs, and had even made their own backdrops. Three cheers for Hedgehogs!

On Tuesday we had our last Sharing Assembly of 2007. We also heard that we have been awarded the "Active School Mark" for our broad PE curriculum.
Posted by Eaton Bray Academy at 02:04
Newer Posts Older Posts Home
Subscribe to: Posts (Atom)