Everyone has thoroughly enjoyed EBA Book Week!  There has been so much going on, it's hard to know quite where to start...

Each class chose a book or traditional story that they would focus on for the week.  The first task of the week was to create a huge reproduction of the cover of their chosen book, big enough to cover the classroom door!  The artwork was very impressive, and we are very tempted to keep the doors looking so bright, colourful and exciting on a more permanent basis.

There were lots of activities throughout the week, and every class made a scrap book of their work which they packed full of illustrations and writing.  The children all thought about books they had read, and picked their five favourites, which they talked and wrote about in class - the adults in school were also encouraged to do the same!  There was a school-wide competition to design a bookmark, with a winner from each class.

Hamsters Class focused on the traditional tale of Cinderella.  They listened to many variations of the story and enjoyed a puppet show, as well as acting out the story in their home corner, which became a "Fairytale Castle" for the week.  They wrote invitations to the Prince's ball, and made masks for the characters in the story.  On Tuesday and Thursday, they hosted their own ball, which the children attended in their best fancy dress finery, waltzing to music with a partner and feasting upon a fine banquet of jam sandwiches! 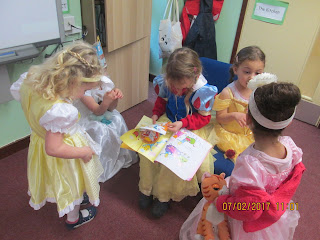 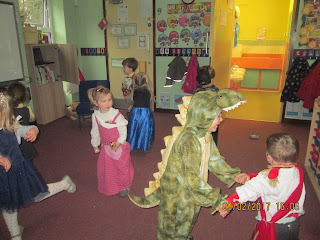 Hedgehogs book of choice was "The Naughty Bus" by Jan Oke.  This is a wonderful imaginative story about a bus that has all sorts of adventures and gets into some sticky situations!  Hedgehogs children were delighted on Monday morning to receive a gift wrapped present for the class - their very own bus, that would go on to have some mischievous adventures of its own...  Science lessons for Hedgehogs Class this week involved looking at reflections, floating and sinking, which are all themes explored in the book, and they also found out all about vehicle axles and wheels. 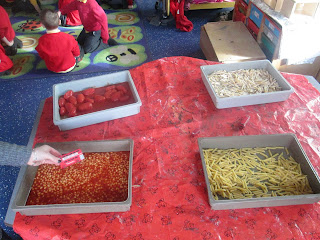 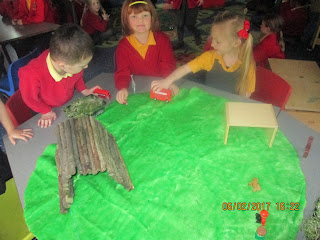 "Fee Fi Fo Fum!" In Otters Class, the children were very creative, and made a fabulous beanstalk, complete with Giant and Jack, to illustrate their chosen story of the week, "Jack and the Beanstalk".  They made puppets for a puppet show, and put together a tasty picnic for Jack to take on his adventure!  They also did some maths work with "magic beans" and voted for their favourite books makinge tally charts and block graphs to show their results. 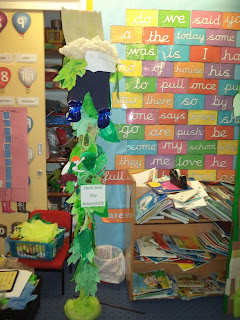 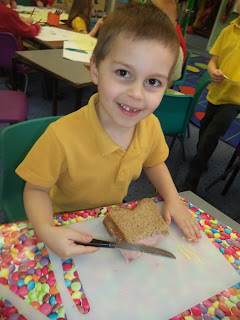 Squirrels Class went on an adventure with Little Red Riding Hood, and had fun making "Wanted" posters for the  Big Bad Wolf.  They were fascinated to look at different versions of this traditional tale, and see how many ways there are of telling the same story.  They also made finger puppets, as well as picnic baskets for Red Riding Hood from clay.  During maths lessons, they practiced telling the time, by playing "What's the Time Mr Wolf" in the playground! 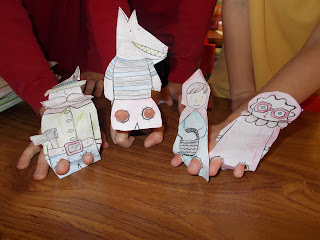 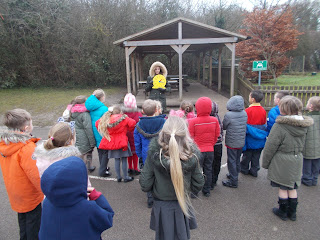 Rabbits Class chose "How to Train Your Dragon" by Cressida Cowell.  They thought about what it would be like to own a dragon, and used their imaginations to design and create a dragon of their own, using artistic techniques such as collage and marbling.   On Thursday they made chocolate dragon nest cakes from shredded wheat, which contained golden dragon eggs!  On Friday they we lucky enough to celebrate the end of Book Week by watching the film of their book in Golden Time. 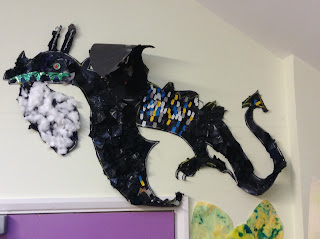 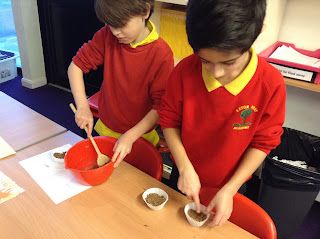 Badgers Class' chosen book was "Charlie and the Chocolate Factory" by Roald Dahl.   This well loved story gave the children lots of scope for food related activities, tying their work in with our Creative Curriculum topic for this term, which is "Food".  The children became sweet inventors, and had to design their own confectionery, thinking about how it would taste, and how it would be packaged.  They also designed their own alternative covers for their book. 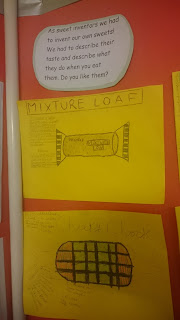 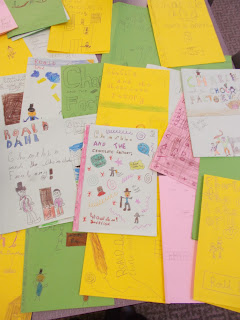 Foxes Class chose an autobiography for their book, "Nelson Mandela, The Long Walk to Freedom".  They found out all about the life of Nelson Mandela, and the history of South Africa, using this as a starting point for lots of project work about Africa.  They also did some particularly impressive artwork using watercolours. 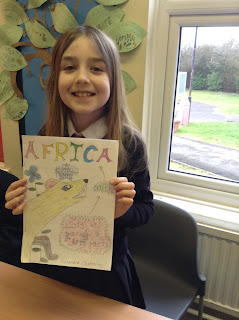 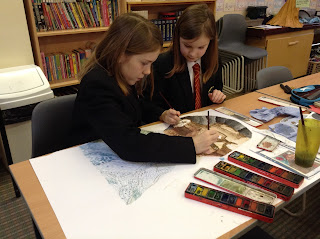 "The Shamen's Apprentice: A Tale of the Amazon Rainforest" by Lynne Cherry and Mark Plotkin was Deer Class' book of the week.  This tells the story of a young boy who aspires to be a tribal shamen, and its themes include conservation and the importance of tradition.  The children analysed and explored the themes of the book, displaying their findings as a mind map, acted out the story, and produced some fantastic artwork. 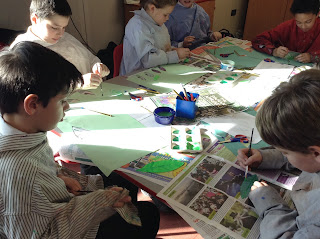 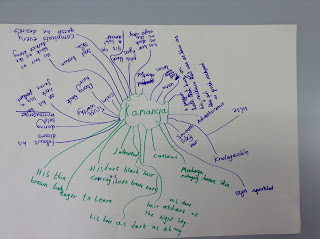 Meanwhile, the school kitchen also celebrated Book Week, modifying their menu for the week to give each dish a storybook theme!  There was much excitement every lunchtime, because hidden somewhere in the dinner hall over the course of the week were twelve golden tickets, with a prize of a book for each lucky winner... 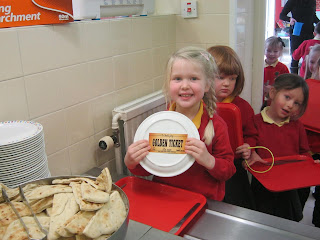 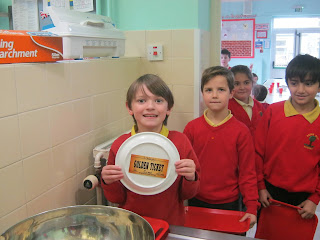 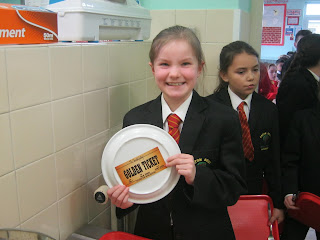 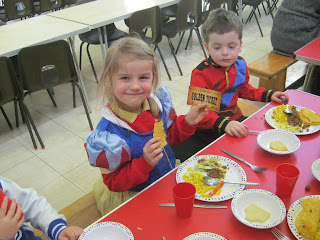 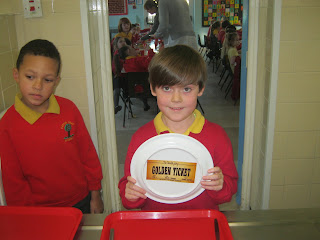 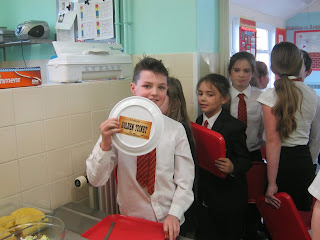 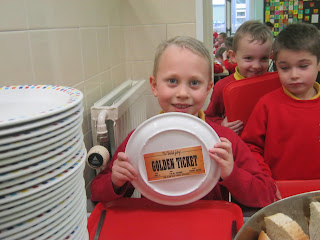 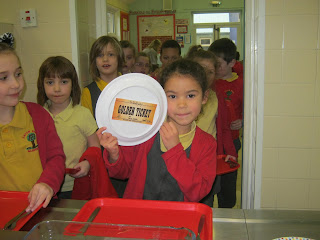 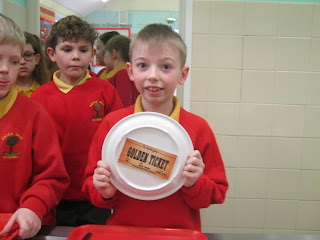 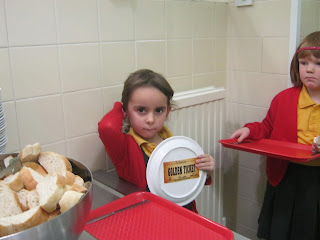 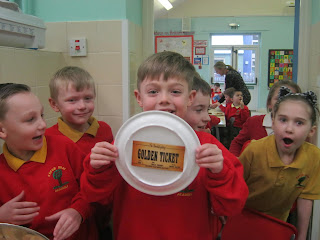 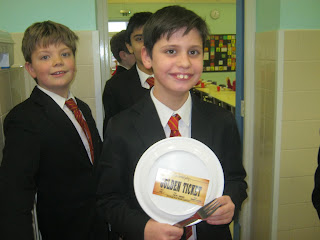 What a wonderful week!  Have a lovely half term holiday, we will see you all back on Monday 20th February.