The Christmas Fayre on Saturday was a fantastic fun filled festive success!  Thank you to everyone who came and supported the event - we raised over £2,000 for HSA funds, which is a great result!

The calendar has now flipped over to December, and so Christmas has definitely arrived at Eaton Bray Academy!  On Wednesday, everyone in the Main School walked down to St Mary's Church for a Christingle Service.  All the children had made a Christingle, which was lit, and carols were sung by candlelight.  A lovely occasion as usual. 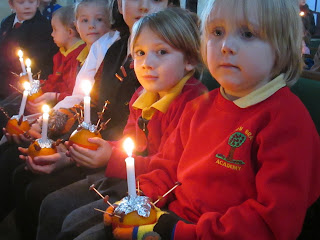 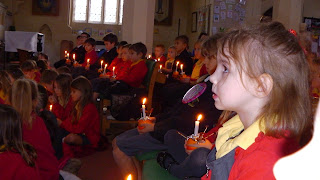 Thursday was a busy day, with Badgers' Class Assembly in the morning, then, after school, the ever popular HSA Movie Night.  The first sitting was for younger children, with older ones coming back later on for their turn.  The hall looked magical, with fairy lights and the big screen lit up, and children enjoyed popcorn and a drink while watching "Nativity 3: Dude Where's My Donkey?"  Thank you once again to the HSA ladies, who worked so hard to make sure that everyone had a lovely evening. 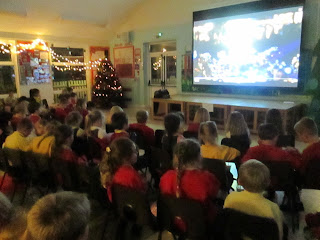 On Friday, we had the dress rehearsal for "Baubles", our Christmas Concert, starring children in Hedgehogs, Otters, Squirrels and Rabbits.  Here is a taster of what you can expect if you are coming along to watch one of the performances next week... 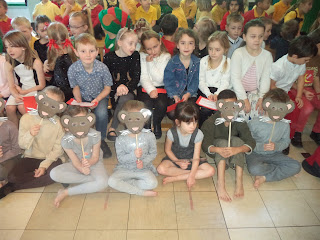 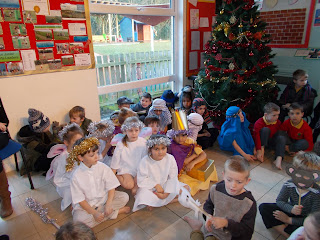 Friday afternoon was very exciting for the children who are in the "Jobs People Do" group for Choices.  Our visitor was Mrs Shelton, who runs Appledown Kennels and Rescue Centre in Eaton Bray, and she brought two young puppies along to talk to the children about.  As you can imagine, the children all fell quickly in love with them! 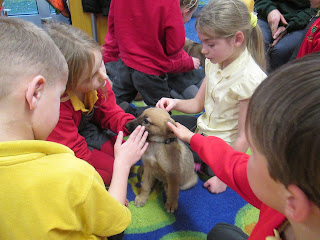 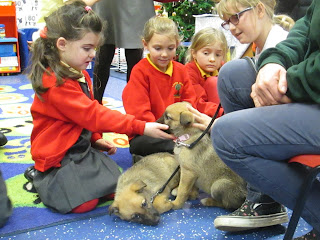 So much to look forward to next week - including Christmas Concerts, Hamsters Sing Along, and the grand opening of "Brasserie Bray", which will be serving home cooked French cuisine to staff and governors on Tuesday evening... and to parents on Friday!