We have all now settled nicely into the new school year and are getting used to being back in our mostly familiar routines. The children are working hard and behaving well, and we are all keeping safe and healthy.

Foxes and Deer Classes have given an update on their current projects:

"We are continuing our journey through 1936-1953, and we are now in 1938 when millions of workers experienced the excitement of the introduction of a week-long holiday with pay and, probably, their first-ever trip into the country or to the seaside.

In English, we're reading 'Dial-a-Ghost' by Eva Ibbotson, about the Wilkinson family who became ghosts during World War II. In researching the author, we discovered something very interesting about one of her other books, 'The Secret of Platform 13'.

Eva Ibbotson's The Secret of Platform 13 (first published in 1994) features a gateway to a magical world located in King's Cross station in London. The protagonist belongs to the magical world but is raised in the normal world by a rich family who neglect him and treat him as a servant, while their fat and unpleasant biological son is pampered and spoiled. Does any of that sound familiar?

In Maths, we have been comparing and ordering numbers, rounding numbers to a million, using negative numbers, and, the part of the week that the students have enjoyed most, Roman Numerals. We had a fantastic lesson on Roman Numerals on Thursday where students learnt to read and write numbers using Roman Numerals, perform calculations, and they even learnt quite a bit of history as well. They were surprised that the Roman influence from their numerals still exists today, as we use many of the root words associated with them. One student even counted his peas at lunch yesterday, converted it into Roman Numerals, then used the peas to write the number in Roman Numerals on his plate! Julius Ceaser would have been so proud. On Friday, we challenged our knowledge with a couple of games of Roman Numeral Bingo!. 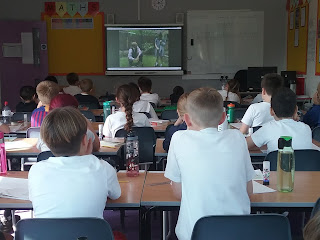 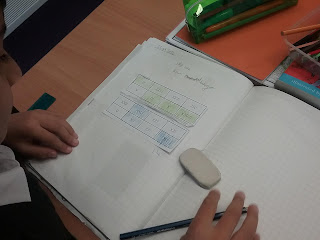 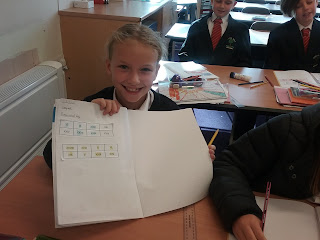