We have a brand new menu in the school kitchen this week.  Following consultation with children and parents, and with the expert help of our friend Mr Hines the village butcher, kitchen staff have put together a new selection of meals that focuses on healthy choices, homemade food and value for money, and which includes some of the children's favourite dishes! 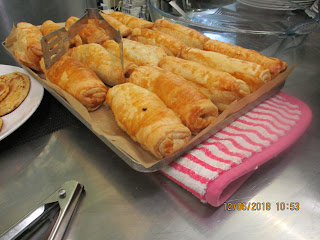 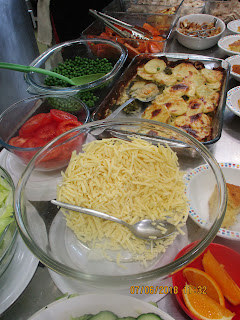 On the subject of fine dining... Foxes Class were very lucky on Wednesday this week to receive a visit from a professional restaurateur, who came in to talk to them as part of their EBA Enterprise learning.  "Frank's Restaurant and Mussel Bar" has been in the same family for many years, and the children were interested to learn how the restaurant has changed over time, in response to customers' preferences and trends and fashions in dining.

Frank brought along an old menu from the early 1970s, where the prices were all in £sd, which the children found fascinating.  The items on offer back then were very different from today's restaurant fare, featuring delicacies such as Welsh Rarebit with Poached Egg for 3/- or English Chump Chop with Creamed Potatoes, Celery Hearts and Brussels Sprouts for 5/6.

Frank showed the children how to lay up tables and demonstrated how food should be served, with silver service techniques. They then had the opportunity to try this for themselves, which they agreed was rather tricky!  Frank very kindly answered all the many questions that were asked of him, giving the children a wealth of valuable knowledge that they will be able to put into practice when they set up and run their own restaurant next year. 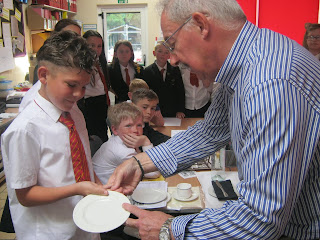 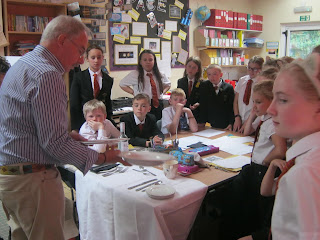 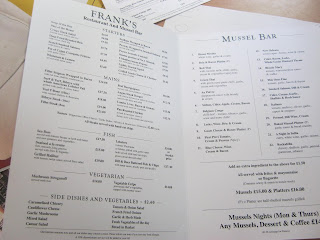 Hamsters children have been thinking about food as well this week!  They have been learning about ways to keep healthy and talking about how our diet affects our health.  They have also been looking at exercise and discovering fun ways to keep active outside in the lovely sunshine! 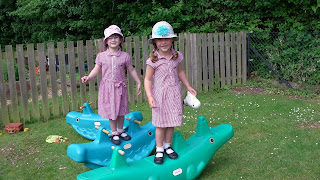 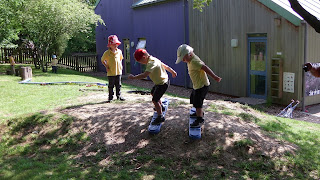 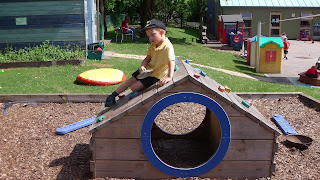 EBA children have taken part in two cricket tournaments this week.  On Tuesday, a team of Year Five and Six girls travelled by minibus to All Saints Academy, where they played three games, bowling and batting in a determined and competitive manner.  Their fielding was particularly strong, enabling the girls to finish in second place overall.  Well done girls! 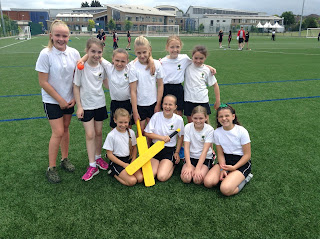 On Thursday, it was the Year Five and Six boys team's turn.  Unfortunately, it was not an ideal start, as the school minibus broke down on the way to Dunstable...  However, various members of staff rallied round and we were able to get the boys to the tournament, albeit late. They were there in time to play two games, wining one and losing one, and finishing in third place overall.  The boys played with a lot of enthusiasm, especially as Mr Whall was tied up with a broken down minibus, so was unable to encourage them on.

Thank you to all the staff for rising to the challenge and mobilising their cars to get the boys to the tournament and back!

Friday was an early, and very exciting start for a group of our Year Six children - at 7.15am, a coach arrived at school to take them to France for the weekend!  They will be staying at a Kingswood residential centre, based around a 17th century chateau on the coast of Normandy.  Their long weekend will be packed full of activities, including a visit to Dieppe and Rouen, and a guided tour of the World War One battlefields, and there are sure to be plenty of opportunities for the children to practice their French.

We hope everyone has a wonderful time, and we look forward to welcoming you back on Monday afternoon, when we will hear all about your French adventure! 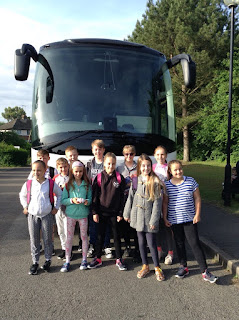