The children were very happy to return to school after the Easter Holiday and find that the playground has been transformed with bright colourful new markings.  There is hop-scotch, an alphabet caterpillar, a large compass/clock and lots of other fun designs, as well as an enlarged netball court.  This has all been possible as a result of the fundraising that was done over Christmas and last term, so thank you to all who have contributed. 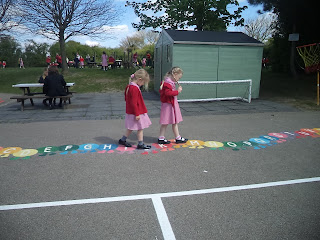 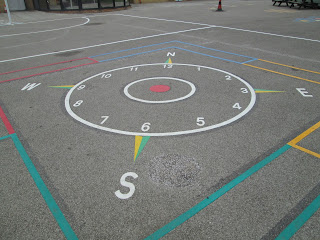 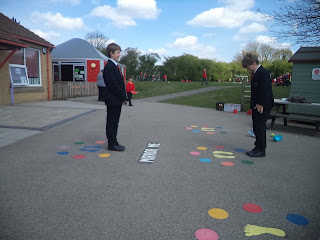 We are pleased to welcome some new families to our school this term.  We hope your children will be happy here, and enjoy their time at Eaton Bray Academy.

It has been a short week for the children with Bank Holiday Monday and an inset day on Tuesday, but lots of hard work has already been taking place in the classrooms.  Otters children have imagined going on a bus journey, and have built Lego models of the things they might see through the window. 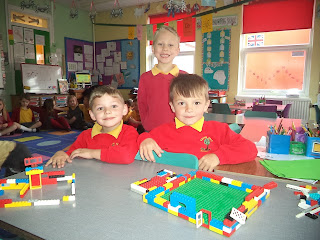 Hedgehogs have been enjoying "Helicopter Stories".  Not, as you might think, stories about helicopters, but a method of storytelling that sparks the children's creativity and lets their imaginations fly!  The children dictate stories from their imagination, which are written down by the teacher, exactly as they are told.  The children then act out the stories as a group, which they have thoroughly enjoyed. 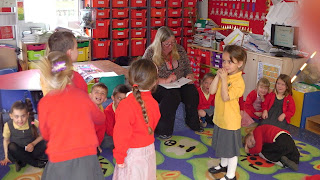 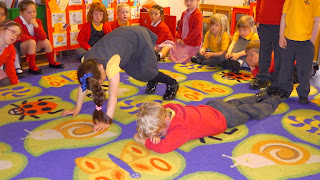 Foxes Class have done some excellent scientific investigation this week.  Their task was to separate out a mixture of different materials - pasta, salt, sand and paperclips!  This involved using magnets, a sieve, filtration and evaporation.  They were then given some muddy water, and had to use filtration to try and make it as clean as water straight from the tap.  They found the work very interesting and are keen to do lots more of this kind of practical science. 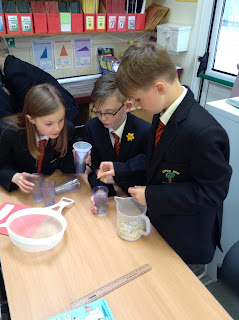 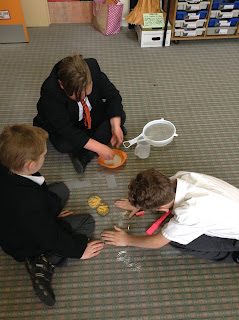 Deer Class looked at the human heart in their Science lessons, and spent some time drawing detailed diagrams to show how the heart works.  They used ipads to create their own video tutorials of their findings to share with the rest of the class. 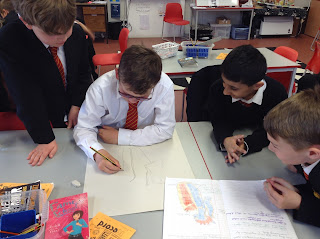 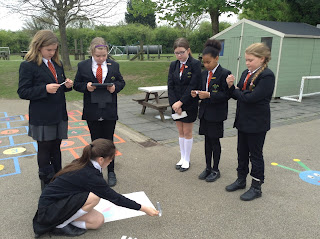 On Thursday evening there was a meeting for the parents of the Year Five children who are going on the PGL residential trip to Caythorpe Court, Lincolnshire in May.  Everyone is looking forward to this immensely and can't wait to take part in the activities that will be on offer.

The Year Five children are also very excited about their future plans for EBA Enterprise.  They are pleased to announce that late in the autumn term, they will be opening the "Best of British" EBA Restaurant for parents and staff.  Menus are already being created and roles assigned, and we expect the event will take place shortly before Christmas.  Watch this space...!